The University of California- Davis (commonly referred to as UC Davis), located in Davis, California is a public research university and one of ten schools within the University of California System. The UC Davis campus covers 5,300 acres and is situated in a vibrant college town with a population of approximately 68,000 in Yolo County, just 20 minutes away from the State Capitol and a two hour drive away from the San Francisco Bay Area, Lake Tahoe and Napa Valley. The university also operates the Tahoe Environmental Research Center, located in Incline Village, Nevada; the UC Davis Health Systems in Sacramento, California; and the Bodega Bay Marine Laboratory in Bodega Bay, California. Established in 1905, UC Davis is one of the top public universities in the nation and has been ranked among the top 40 universities worldwide.

Accredited by the Western Association of Schools and Colleges since 1954, UC Davis awards degrees ranging from the baccalaureate to doctoral level. The university is made up of several colleges, a Graduate Studies department, and professional schools, including colleges of Agricultural and Environmental Sciences; Biological Sciences; Engineering; and Letters and Science; as well as The Betty Irene Moor School of Nursing; Graduate School of Management; School of Education; School of Law; School of Medicine; and the School of Veterinary Medicine. Students may choose from over 100 undergraduate majors and 95-plus graduate programs, more than half of which are interdisciplinary.

Known for its commitment in providing hands-on learning, nearly 40% of undergraduate students conduct research and the University’s research funding expenditures exceeded $700 million during the 2014-2015 academic year. Approximately 1,300 students also study abroad each year in more than fifty programs that are lead by UC Davis instructors in over thirty countries as well as several other programs offered through the University of California Education Abroad Program and independent providers.

UC Davis’ enrollment figure exceeds 34,000, including more than 27,000 undergraduate students. Roughly 55% of undergraduate California residents have their system wide tuition and fees covered by gift aid and approximately 44% of students graduated debt free in 2013-2014. Housing is available to students with more than two dozen residence halls located throughout the campus – freshmen live in a variety of residence halls including Tercero 3, which is UC Davis’ first to earn the top national rating for sustainability. UC Davis as a whole is committed to sustainability and the campus is focused specifically on achieving a zero-net greenhouse gas emissions.

Approximately 700 student clubs exist on campus, including a number of fraternities and sororities, student government, academic groups, and ethnic and cultural organizations. Nicknamed the Aggies, UC Davis’ 20-plus varsity teams compete at the NCAA Division I-AA level, under the colors of blue and gold. Students also remain active by participating in more than 25 intramural teams and nearly 40 club sports.

Rankings that feature University of California-Davis 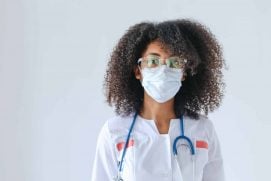