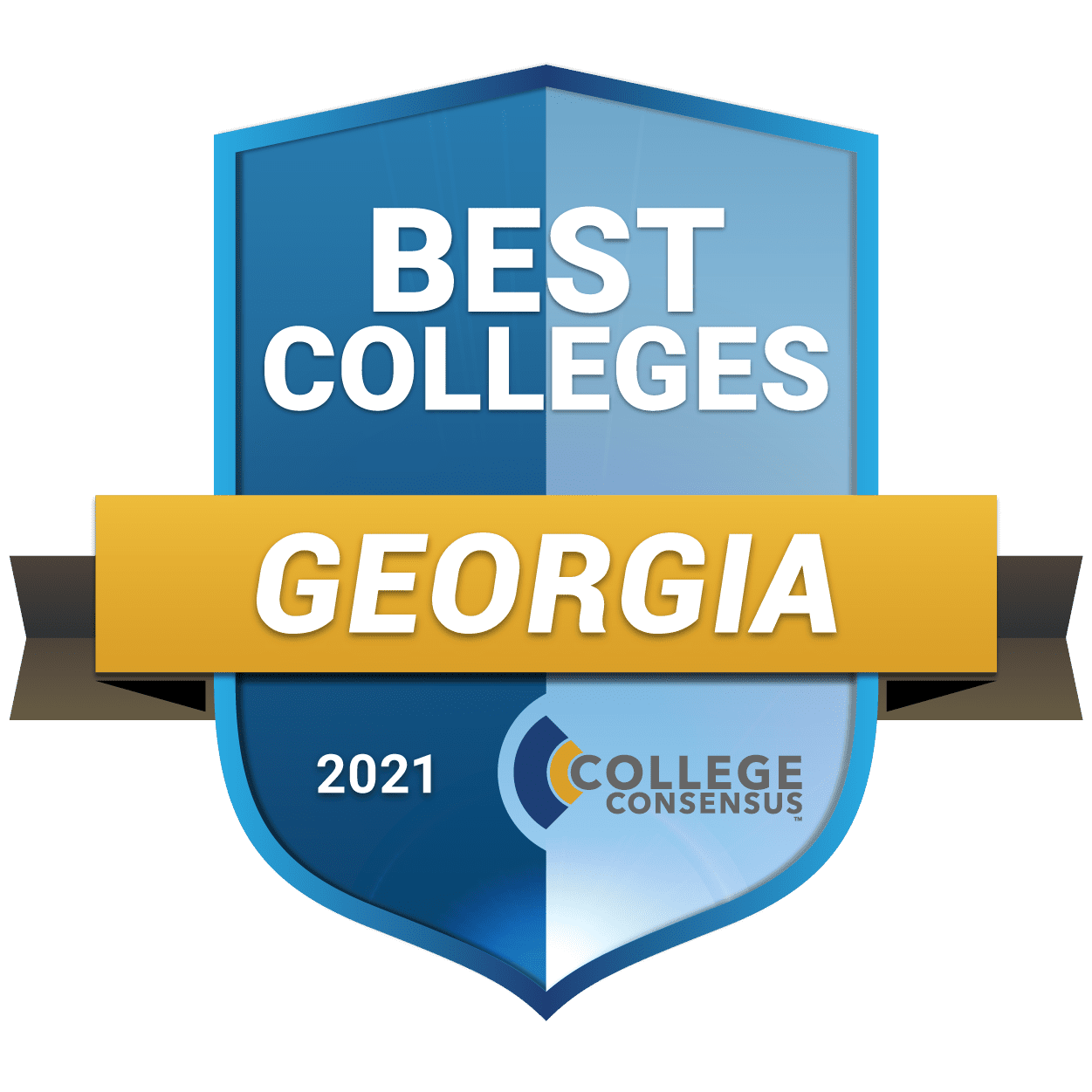 To identify the Best Colleges in Georgia for 2021 we averaged the latest results from the most respected college ranking systems with thousands of real student review scores from around the web to produce a unique College Consensus rating for each school. You won’t find a more comprehensive ranking of the top colleges and universities in Georgia anywhere. Read more about our rankings methodology and sources at our about page.

If you’re interested in online schools, check out our ranking of the Best Online Colleges in Georgia. You can also find out more about college financial aid with our list of the Top 5 Georgia Scholarships. 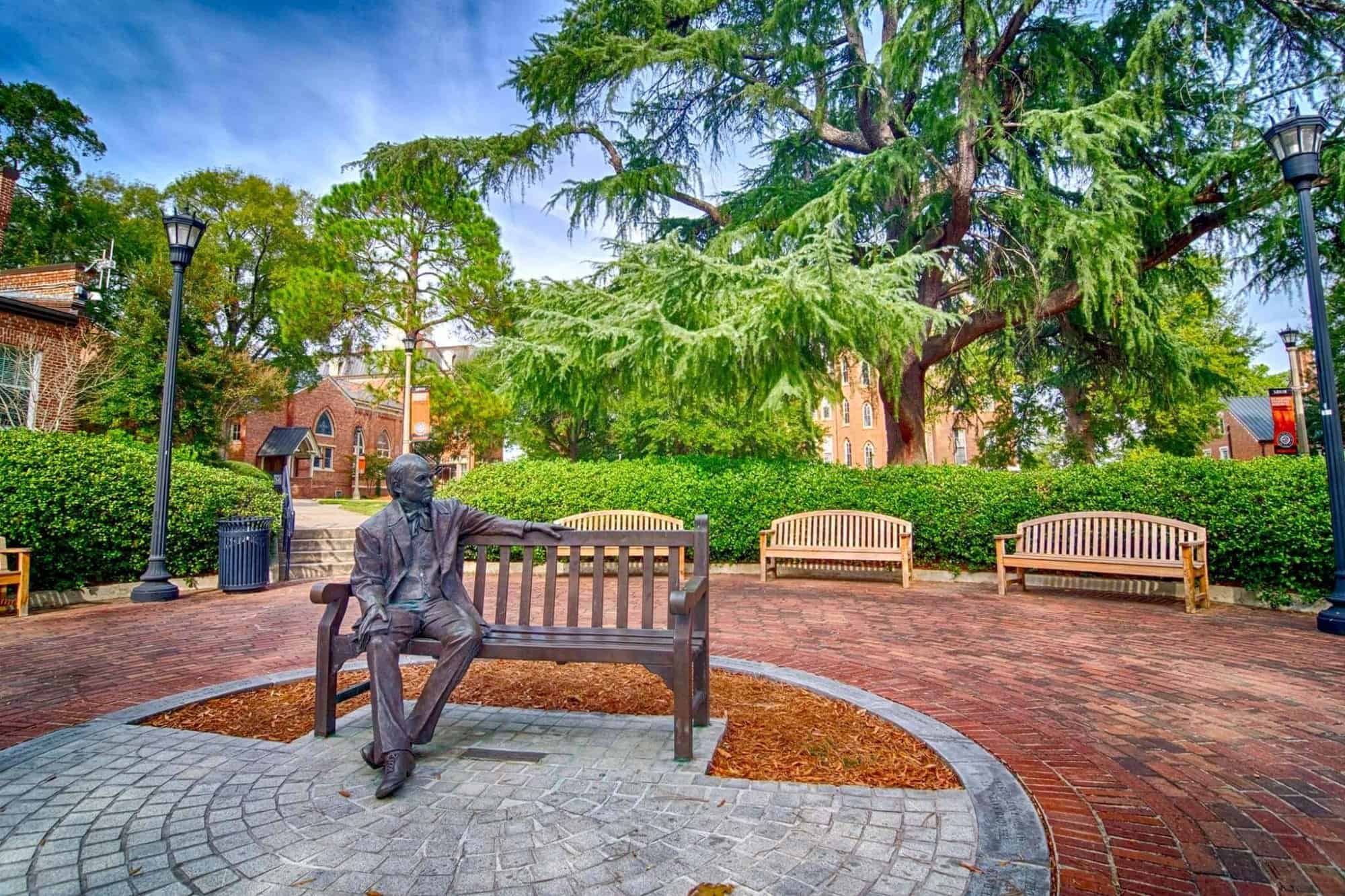 In the popular imagination, Georgia is still the land of Gone With the Wind and Deliverance: green fields, rural highways, raging rivers – all of the picturesque Southern Gothic vision. And sure, that is still part of Georgia; it’s still the home of Jimmy Carter, the humble, devout peanut farmer who made it to the White House. But Georgia’s been a lot more than that for a long time. Today, Georgia is a center of commerce, technology, industry, and culture, with a higher education system that stands proudly beside any other in the US fueling it all.

Surveying the Top Colleges in Georgia

Georgia’s major public research universities, including the University of Georgia (America’s first public university) and Georgia Tech (the preeminent STEM institution in the South), are both globally-recognized models of their class. Emory University, numbered among the Southern Ivies, demonstrates the potential of the private research university, combining elite academic rigor with community outreach and service. They’re no slouches when it comes to student life, either – Georgia Tech has been noted for one of the best college recreation centers, while Emory’s dorms are some of the best in the country.

Two of the nation’s most esteemed and prestigious historically black colleges – Morehouse College and Spelman College – are at home in Atlanta, and together represent the dreams of Georgia’s freedmen and women. Spelman is recognized not only as a top HBCU, but as one of the best women’s colleges in the US, while Morehouse holds the line as one of the nation’s last all-male colleges, fostering civic responsibility, leadership, and brilliance in generation after generation of young black men.

Georgia is also a prime destination for top liberal arts institutions, both public and private. From trusted Christian colleges like Covenant College, to innovative experimenters like Berry College and Agnes Scott College, Georgia’s liberal arts institutions have a reputation for excellence that makes them some of the best in the South. In addition, Georgia’s regional public universities – some of the best regional institutions in the South – are of a caliber that rivals many states’ flagships. Institutions like Georgia College and State University, Georgia Southern, and Georgia State are stacking the Peach State’s professional workforce with leaders and experts.

What Does the Future Hold for the Best Colleges in Georgia?

Georgia truly made the 20th century its own, with the rise of Atlanta helping raise the whole state in its economic and cultural profile. And by building their foundation through the 20th century, Georgia has put itself in a position to be a national and international leader for the 21st. With an incredibly well-developed higher education system, Georgia is preparing its young people and working adults for changes in the job market, in technology, and in culture, so that no matter what comes in the future, Georgia will be on the forefront.