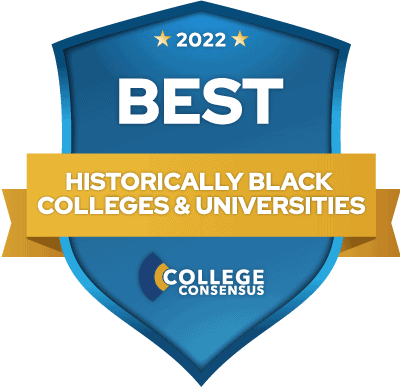 The College Consensus ranking of the Best Historically Black Colleges and Universities has a broader purpose than finding the HBCUs most praised by published rankings and student reviews. It’s also an essential tool for students looking for a college or university that will best fit their needs. Whether they are looking for a supportive and inclusive community, a challenging and uplifting academic environment, or the networking opportunities of the legendarily loyal HBCU alumni, students can trust College Consensus to provide a comprehensive picture of the nation’s best HBCUs.

While only majority-black institutions founded before 1964 qualify as HBCUs, Historically Black Colleges and Universities are anything but history. They are vibrant, diverse, and innovative communities that fall into many categories. Some HBCUs are public research universities, making advancements in areas ranging from medicine to agriculture; others are elite liberal arts colleges, preparing students for graduate study and professional careers. Some are religious, others are secular. But whatever their background, HBCUs all share a common mission – creating a space for minority students to feel supported, empowered, and motivated to reach their full potential. The College Consensus Best HBCU ranking highlights the historically black institutions that define black excellence.

How Did We Make Our Ranking of the Best Historically Black Colleges & Universities?

The College Consensus method combines information from many rankings and reviews, all of which are based on their own unique methodologies; with that approach, College Consensus show prospective students a big-picture view of the higher education landscape. With the Consensus method, the biases of other rankings are filtered out, leaving a picture of the institutions with the strongest academics, strongest student support and community, and strongest outcomes.

University of the District of Columbia
Washington, DC

What Does HBCU Stand For?

HBCU is an acronym for Historically Black Colleges and Universities. When considering the meaning of HBCU, it becomes quickly evident that HBCUs are a part of America’s not-so-kind past when it comes to those of African-American descent. The first HBCU was the African Institute, later known as The Institute for Colored Youth. It was founded in Pennsylvania in 1837 and was created out of a need to educate young black men who were shut out of traditionally white colleges and universities. The next school in the HBCU history timeline was Lincoln University in Pennsylvania which opened in 1854, and Wilberforce University was opened soon after in 1856.

The first HBCU still exists today, but has been renamed Cheyney University and now accepts students of all races. This founding college began the HBCU history timeline and fulfilled a need for higher education for African-Americans that the United States was sorely lacking.

Predominantly black colleges have an integrated student population while historically black colleges and universities focus on recruiting African-American students (as well as African, Caribean, and Latinx students at many HBCUs). Predominantly black institutions also focus on providing education to underprivileged black students, while HBCUs may have more elite admission requirements that suit their desired student body.

Where are HBCUs Located?

A majority of HBCUs are found in the southeastern U.S. and Eastern Seaboard, but there is an HBCU in California. The sole HBCU in California is Charles Drew University of Medicine & Science – Los Angeles. There are a total of nine HBCU colleges in Texas and all are spread around the state. There are a total of five HCBUs in Virginia with Hampton University landing at the top of most lists of HBCU in Virginia. South Carolina has the only public HBCU in the states, and the most popular HBCU in South Carolina is Claflin University. There is no HCBU in New York, but there are a number of predominantly black institutions in New York City and state.

Why Choose an HBCU in the 21st Century?

Integration and diversity is a good thing for the population at large as it helps people understand one another. But not all students can perform in an environment where they feel they don’t fit in with the crowd. Faculty at the best historically black colleges tend to be more understanding about the challenges young black students face and can offer better support. Attending a school where the student body is more likely to share a similar culture helps a black student relax and focus on succeeding at their chosen discipline. The best historically black colleges are on par with their integrated counterparts and offer the same quality education.