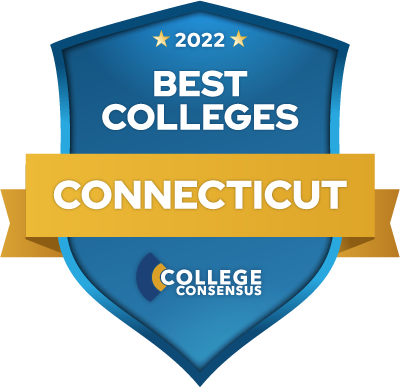 The College Consensus ranking of the Best Colleges in Connecticut combines the results of the most respected college ranking systems with the averaged ratings of thousands of real student reviews from around the web to create a unique college meta-ranking. This approach offers a comprehensive and holistic perspective missing from other college rankings. Visit our about page for information on which rankings and review sites were included in this year’s consensus rankings.

The Best Colleges & Universities in Connecticut category is limited to schools in Connecticut. Schools that did not qualify for a Consensus Score were ranked by their Student Review score.

If you’re interested in Online campus-based schools, check out our ranking of the Best Online Colleges in Connecticut. You can also find out more about Connecticut college financial aid with our list of the Top 5 Connecticut Scholarships.

When we think of Connecticut we think of prestige, elites, wealth, and power. While that image is true of some parts of Connecticut, in reality, the Constitution State has many sides. Connecticut has a complex economy that requires an exceptionally high proportion of college graduates, from finance and high-tech manufacturing to healthcare and government, and the state’s private liberal arts colleges and public universities are doing the heavy lifting. It’s a unique place: as one of the oldest colonies, Connecticut attracts historians and tourists; as one of the wealthiest states, Connecticut’s hospitality and service economy is massive. And Connecticut’s higher education system must account for it all.

The Best Colleges in Connecticut

Ranking the best colleges and universities in Connecticut is an exercise in finding the most possible words for “best” – Connecticut has too many world-class institutions to narrow down. Yale University is a household name, the third university ever founded in the US and, for centuries, the standard for greatness. There is, truly, little to say about Yale University that hasn’t been said before. With the second-largest endowment in the US, and a level of prestige that defines “prestige,” Yale has been the alma mater of presidents, senators, justices, CEOs, and some of the most prominent scientists in American history. Yale, simply put, is where leaders come from.

But not everyone can go to Yale. That’s why Connecticut has a string of public universities that would easily fill out a top ten ranking all on their own, led by the University of Connecticut – the mighty UConn. One of the most prestigious public universities in the US, and the foremost public research institution in New England, UConn is known nationally as a Public Ivy (a public university as highly rated as the Ivy League), and easily ranks as one of the best national research universities. UConn has its fun side, too, as home of some of the most unusual college degrees (including a pioneering puppetry program), and ranking for some of the best college dining halls in the US.

But New England, of course, is the land of the elite liberal arts college, and Connecticut has more than its fair share of the top national liberal arts colleges, including Protestant strongholds like Connecticut College and Trinity College, Catholic institutions like Fairfield University and Sacred Heart University, and independents like Quinnipiac University. Students are attracted to Connecticut’s liberal arts colleges for many reasons, but besides educational excellence, there’s also beauty – Connecticut is home to several of the nation’s best river and lake colleges, and some of the most beautiful colleges campuses in the fall (after all, one of Connecticut’s old nicknames was The Nutmeg State, and nothing could be more autumnal than that).

The Past is Prologue for Connecticut’s Best Colleges

Realistically, not much is going to change for Connecticut. The Constitution State is always going to be beautiful – that’s not likely to change. Unless Wall Street crumbles and all of the bridges and tunnels to New York City collapse, Connecticut will still be one of the wealthiest states. So what does the future hold for Connecticut? Connecticut’s growing tech sector is a strong indication of the direction of the state, but the real key to the future is keeping Connecticut’s young people in Connecticut. That’s a job for the best colleges and universities in Connecticut to take on – not only attracting the elite, but reaching out to all Connecticuters, of all economic backgrounds, genders, races, and ages. 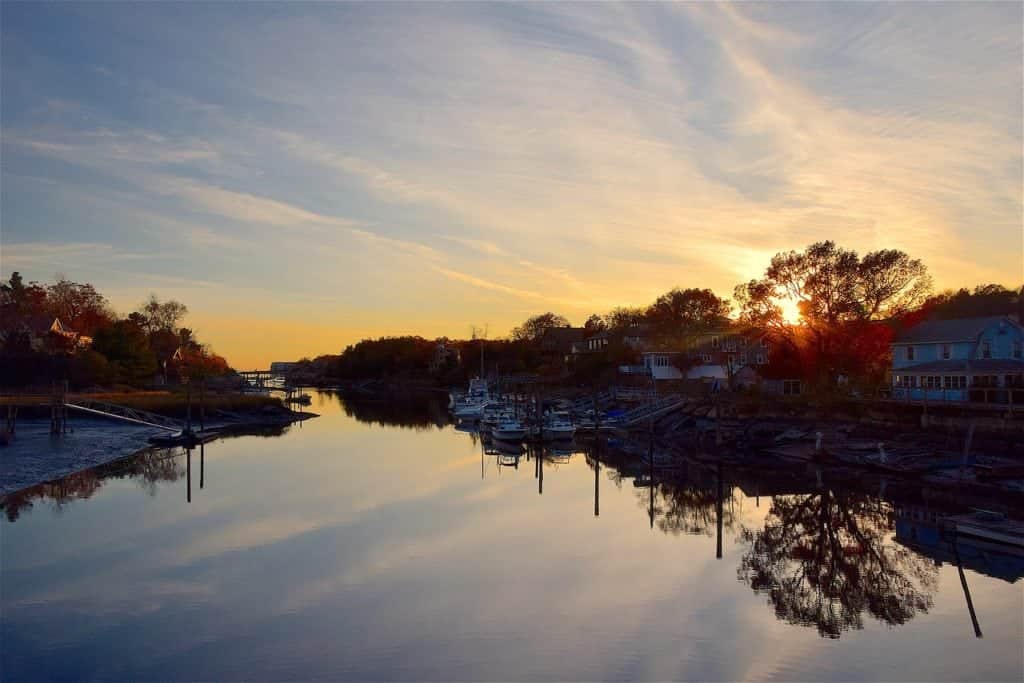