University of Michigan (UM) is a public research university located in Ann Arbor, Michigan. Founded in 1817, twenty years before the Michigan Territory officially became a state, UM was first established in Detroit but moved to Ann Arbor in 1837. Situated on a 3,000+ acre campus, UM is comprised of four main areas, North, Central, Medical, and South campuses and also operates two satellite campuses in Flint and Dearborn and a Center in Detroit. One of the founding members of the Association of American Universities, UM is also a member of the Big Ten Conference and is known as one of the foremost research universities in the United States.

University of Michigan is made up of nearly twenty colleges and schools, including more than twelve undergraduate schools: Architecture & Urban Planning; Art & Design; Business; Dental Hygiene; Education; Engineering; Information; Kinesiology; Literature, Science, and the Arts (LSA); Music, Theatre & Dance; Nursing; Pharmacy; and Public Policy. Each school or college is operates independently and makes its own admissions decisions based on its unique requirements. Most Michigan freshman are admitted into UM’s liberal arts college, LSA. Approximately seven academic units accept freshmen, while several others offer Freshmen Preferred Admissions, where accepted students are guaranteed placement into a program in their sophomore or junior years.

Named the #1 Public Research University in the United States, research is central to UM’s mission and university expenditures exceed $1 billion. UM is a strong advocate for the promotion of collaborative and interdisciplinary research initiatives that involve both faculty and students across the school’s campuses. Entrepreneurial activities at UM have also grown at a remarkable speed over the last several years and the university has created a far-reaching network of resources and programs that provide opportunities for students and faculty to cultivate innovation and entrepreneurship.

UM’s enrollment figure reaches over 43,000 and more than 28,000 make up the undergraduate population. Students hail from all fifty states, over 100 nations and come from diverse socioeconomic, cultural, religious, global, political, and academic backgrounds. UM is one of America’s most bike-friendly and sustainable communities and was named the #1 College Town by Forbes. Nearly twenty residence halls house over 9,500 undergrads and approximately 97% of first-year students choose to live on campus in one of the university’s residential communities. Social and academic support is available to students through the live-in staff and resident assistants who help students handle personal, social, and life issues and decisions. UM also offers a residential living/learning program where students with similar interests and goals can live and study together in a community and can meet students from other countries, cultures and backgrounds. 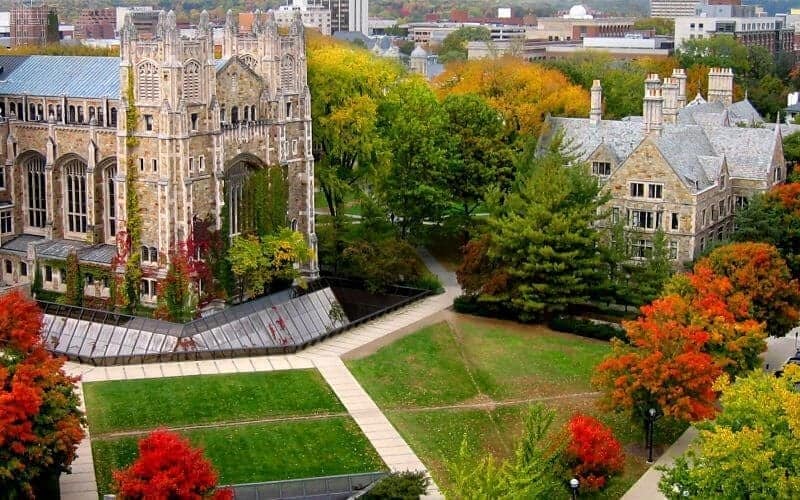