Florida Gulf Coast University is accredited by the Southern Association of Colleges and Schools and has been so since 1999. Nearly 80 degree programs are offered, including more than 50 undergraduate majors, nearly two dozen graduate degree programs, and at least three doctorate degrees. The University is comprised of several Colleges and schools, including the College of Arts and Sciences which encompasses the Bower School of Music and the Arts; the College of Education; the College of Health Professions and Social Work, which includes the School of Nursing; the Lutgert College of Business; and the U. A. Whitaker College of Engineering. 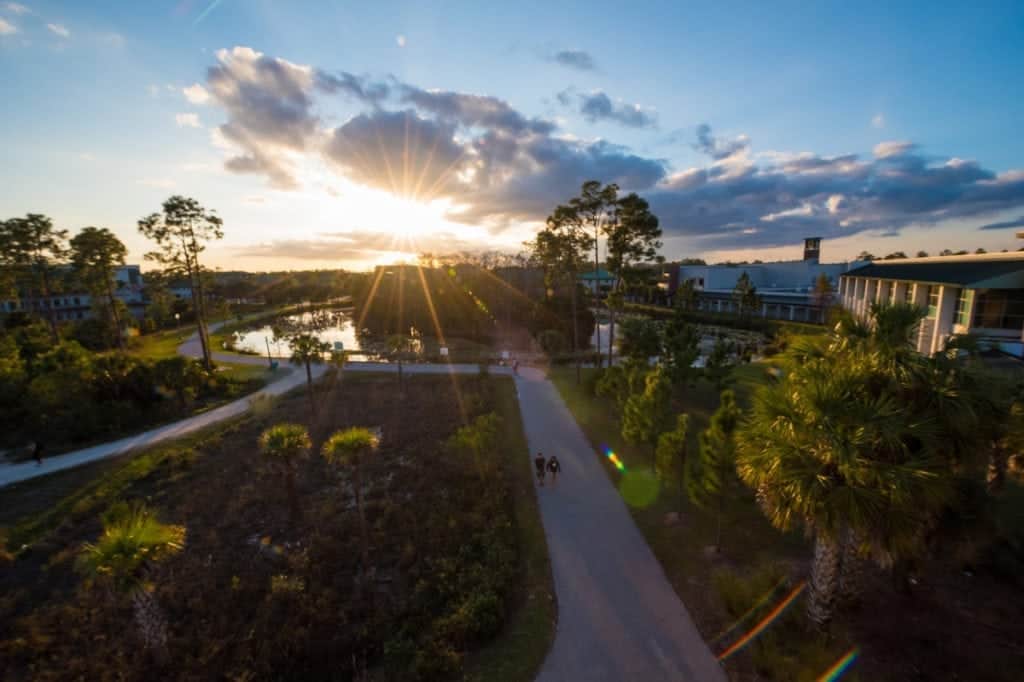