Although the College of William & Mary had a law school as early as 1780, the modern version of law school began taking shape in the latter half of the 19th century. By the turn of the century, the modern law school curriculum was well formed and is still in effect in most law schools found in the United States, Canada and some international schools. In total, there are over 230 law schools in operation in the United States. Each year, these schools admit over 40,000 new students and graduate just under 34,000. A law school graduate receives a Juris Doctor (a Doctor of Law) degree, commonly called simply a J.D. The application process to law schools is competitive and can be expensive. The typical law school curriculum typically takes 3 years and covers the basic foundations of law across all jurisdictions although some law schools specialize in focused areas of law such as environmental or health care law. Currently, there are very few law schools that allow a complete online education but law schools–and the bodies that accredit them–are slowly beginning to allow more forms of distance education. Most law school graduates–over 90%–go on to become practicing attorneys. However, as discussed in more detail below, there are many job opportunities for law school graduates.

How Hard is it to Get into Law School?

The application process to get into law school is rigorous as over 60,000 students apply every year for one of the 40,000 available seats in the roughly 230 law schools in the United States. On average, prospective law students apply to six different law schools. Since law school rankings often play a role in the first job offers graduates receive, competition for the highest rated law schools is even more intense. In selecting their students, law school consider a number of factors related to both prior education and life experience. Undergraduate major is also important. However, there are many degrees outside of a pre-law/political science degree that make for excellent preparation for law school. The practice of law is notably diverse and law schools, therefore, value students with a diverse educational and personal background.

What does the application process to law school entail?

The application process to law school is rigorous and acceptance is based on several factors:

The cost of applying to law school is also significant. Between the cost of a standardized test, the application fee to a school (which average $80), and the fee for Credential Assembly Service (CAS), the cost to apply to one law school is between $400 and $450. Additional schools cost between $60 and $100 with most applicants applying to six schools on average. In total, most law school applicants spend close to $1000 on law school applications. Since standardized test scores are critically important, most applicants also utilize preparation courses or materials which also add to the overall cost of the application process.

What is accreditation for a law school and is it important?

In order to become a practicing attorney, a law school graduate must be licensed by a state’s law licensing agency. Since most states require a lawyer to graduate from a law school accredited by the American Bar Association, most law students attend ABA accredited law schools. To be accredited by the American Bar Association, a law school must abide by the the requirements established by the ABA. However, there are still six states that allow applicants to sit for the bar exam without attending an ABA accredited law school. In these states, applicants must attend a law school approved by the licensing agency. There are also several jurisdictions that do not require a J.D. at all. In these jurisdictions, a legal internship is required in lieu of a J.D.

How much does law school cost? The Public v Private Debate

Despite the additional costs of private schools, there are advantages to a private law school education. Foremost, private schools often have more financial assistance for applicants who need it especially to attract top candidates. The need to stand out as an applicant to merit a scholarship puts additional emphasis on the LSAT score which most law schools use as the benchmark for prospective students.

The lower costs of a public law school education also does not mean an inferior education. Of the top 25 law schools ranked by US News and World Report, nearly 30% are public universities. Public universities also have an advantage for students who want to practice law in the same jurisdiction as they attend school since the law school community and faculty are often closely connected to the local legal community.

How long does law school take?

Law schools accredited by the American Bar Association are required to provide 83 hours of classroom instruction prior to graduation. These hours are typically spread out across six semesters over 3 years. The three years of law schools are generally abbreviated as 1L (first year), 2L (second year), and 3L (third year).

What will I study in law school?

The traditional three year law school education begins with a first year curriculum that teaches the fundamental subjects of all law: contracts, torts, civil procedure, property, criminal law, and constitutional law. First year students also generally take a class on legal writing and research methodology. During their second year, students focus on core classes such as business administration and the legal process. These classes are intended to ground students in any legal career. During the third year, students specialize in classes for their particular field of law such as environmental law, health care or tax law.

Although most law schools teach a general curriculum, there are schools that emphasize concentrations in a particular field of law. The Lewis & Clark College of Law at Northwestern University, for example, is widely considered to be the best law school for students who want to focus on Environmental Law. Most law schools also offer joint degrees that allow a student to receive their Juris Doctor while also working on an Masters of Business Administration (an MBA), a Doctor of Philosophy (a PhD), or a healthcare degree such as a MD or Masters in Public Health (an MPH). These joint programs take less time–and money–than obtaining both degrees separately. Even further, they allow a lawyer to focus their studies and broaden their job opportunities.

Can I get a law degree online?

The American Bar Association requires that the majority of 83 minimum hours required to earn a J.D. are learned in a traditional classroom setting. The ABA does allow for 16 hours to be completed in non-traditional, online classrooms but restricts the hours to only four hours per semester. Furthermore, distance education is generally not allowed during the first year for any ABA accredited law school. There are, however, numerous online law schools since some jurisdictions do not require an ABA accredited law degree to become a licensed attorney.
In addition, the ABA is expected to update its rules on online education as more students are turning to distance education to obtain advanced degrees. The University of Syracuse College of law offers a glimpse of what may be the future of online Juris Doctor programs. This program, which is approved by the ABA, combines online education with in-person sessions on campus. The structure of Syracuse’s program–called JDInteractive–is more flexible than a traditional legal education but still takes 3+ years to complete and does require a mixture of live classroom and online education.

Will I be a lawyer when I graduate?

A Juris Doctor is only one requirement to becoming a lawyer for most jurisdictions. Each state or territory has a licensing authority which grants licenses to practice law in their jurisdiction (often referred to as the “State Bar”). In order to become a licensed attorney, a graduate of a law school must generally pass another examination, prove that they are morally fit to practice law, pay membership to the State Bar and be sworn in by a judge or magistrate. A law license in one jurisdiction does not necessarily apply to additional states so, in some cases, a law school graduate must apply for a license to multiple State Bars.

There are a few jurisdiction that do not require a Juris Doctor (or a J.D. from an ABA accredited law school) in order to be admitted to the State Bar. However, these states still require an applicant to satisfy the other requirements for admission to the Bar.

What kind of Job Can I Get after Graduation?

Most graduates of law school–upwards of 90%–go on to practice law and most law school graduates find a job within 10 months of graduation. However, the practice of law is notably diverse and the types of jobs and their salaries vary greatly.

Generally, there are private sector jobs and public sector jobs. The private sector includes jobs in a law firm as well as working in-house for a corporation. Generally speaking, private sector jobs pay more which results in increased competition for these jobs. Data from the graduating class of 2017 suggested that most graduates who accepted private sector jobs had a starting salary between $60,000 and $85,000. Nearly half had salaries over $85,000 with a much smaller percentage earning over $150,000.

It is also important to note that starting salaries for lawyers tend to increase rapidly with experience. The average attorney salary topped $120,000 in 2019. Additionally, many law school graduates pursue careers that do not require a law license but leverage their legal education in other ways. Law school graduates can find work in law enforcement, finance, or any number of career options. 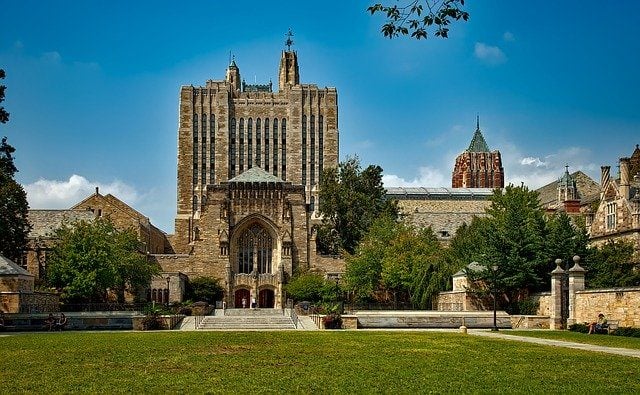