Westminster College is a highly respected, small liberal arts college in Salt Lake City, UT. Founded in 1875, Westminster’s history is unusual, one of the last remainders of an tense era in Utah’s history when Protestants moved to Utah to influence and convert Mormons. Originally opened as a Presbyterian preparatory school, Westminster’s first mission was to educate and convert children from the Latter-Day Saints Church. While the college maintains the Westminster name (for the Westminster Confession, a key Protestant document), the college is no longer affiliated with the Presbyterian church. More than a third of Westminster students are Mormon, and Westminster is the only regionally accredited, private liberal arts college in Utah, ranked by U.S. News & World Report as one of the best regional colleges in the west.

As a small liberal arts college, Westminster is dedicated to the traditional humanist values and rigorous educational standards that the classical liberal arts stand for. An incredibly low student:faculty ratio of 9:1 gives students the means to gain the personal attention and active engagement that makes a liberal arts college education special. That low ratio and small student body also means that students at the undergraduate and graduate level alike get to engaged in real, hands-on experiential learning and research, earning an advantage over many other traditional undergraduate experiences.

Westminster offers almost 40 undergraduate majors and 13 master’s degrees, and the Gore School of Business is particularly well-respected throughout the west. Students in the Gore School can take part in cutting-edge research centers like the Center for Entrepreneurship, the Center for Innovative Cultures, and the Center for Financial Analysis. The School of Nursing and Health Science is also one of Westminster’s leading divisions, with top-ranked nursing and public health programs. Westminster offers a growing number of fully-online degrees delivered in a competency-based format, so working adult students learn the skills they need at their own pace and convenience.

Student life at Westminster, as in many small liberal arts colleges, is close, tight-knit, and familial. Most student organizations and clubs are oriented toward community building, with activities such as rock climbing and martial arts, professional organizations like Women in Aviation, and identity groups like Be A Human. Westminster is known for their progressive social stances and inclusive nature, including a gender-neutral bathroom initiative and non-exclusive language policies.

Westminster fields a number of Division II athletic teams as the Griffins. Men’s and women’s sports include basketball, soccer, golf, track and field, and more, alongside the very Rocky Mountain-centric skiing, alpine skiing, and snowboarding teams. Outdoor sports are central to Utah life, and Salt Lake City especially (home of the 2002 Winter Olympics), and students are encouraged to take full advantage of the many opportunities for climbing, hiking, camping, and other outdoor and winter sports. 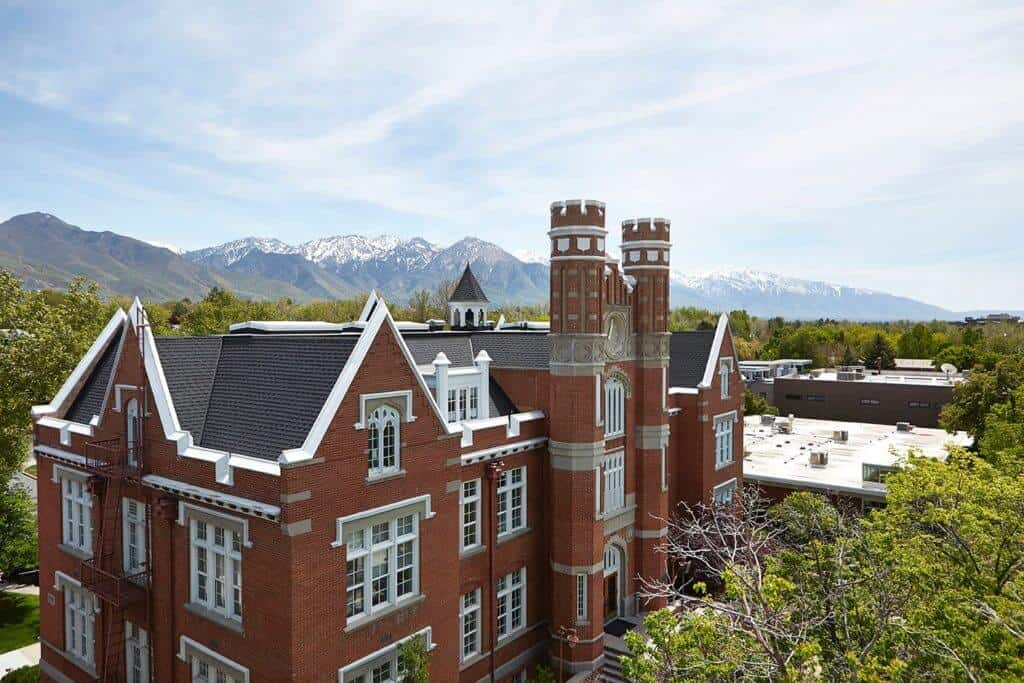