The University of Pittsburgh (commonly referred to as Pitt) is a state-related research university located in Pittsburgh, Pennsylvania. Established in 1787 as the Pittsburgh Academy, Pitt is one of the oldest institutions of higher education in the United States. The University of Pittsburgh has several notable accomplishments to its name: Pitt people developed of the polio vaccine; unlocked the secrets of DNA; led the world in organ transplantation; and pioneered TV and heavier-than-air flight. Pitt is a member of the Association of American Universities (AAU), which is comprised of 62 preeminent doctorate-granting research institutions in North American. In addition to its main-campus in Pittsburgh, Pitt also operates off of four regional campuses in Bradford, Greensburg, Johnstown, and Titusville.

More than 200 graduate degree programs are offered in the arts, sciences, and professional fields, many of which are highly ranked both nationally and internationally. A number of online degree programs are also offered through Pitt Online and the Center for Instructional Development and Distance Education. These online programs offer the same quality as on-campus programs and are taught by faculty members who teach both on and off-campus and are committed to providing students with the same level of rigor and adherence to the highest professional standards.

More than 28,000 students are enrolled at the University of Pittsburgh, including nearly 19,000 undergraduates. Several on-campus housing options are available to Pitt students, including traditional residence halls that feature online network access, study and recreational lounges, fitness centers, coffee carts and special academic communities. Pittsburgh campus has a decidedly urban feel but is also a traditional campus that offers plenty of green space, including two nearby parks. Students are encouraged to develop their independence and to grow in their appreciation of cultural diversity. The Pittsburgh area provides students with a variety of excellent entertainments, shops, restaurants, theaters, galleries, museums, sports teams, and more.

Pitt is home to several cherished traditions that have become an important part of student life. The oldest Pitt tradition is Lantern night which serves as a formal induction into Pitt life for freshman women. In an elegant ceremony held at the Heinz Memorial Chapel at the beginning of the fall semester, Pitt’s newest female students are handed a lantern that is lit and passed to them by a member of Pitt’s alumnae and is symbolically known as the “Light of Learning.” 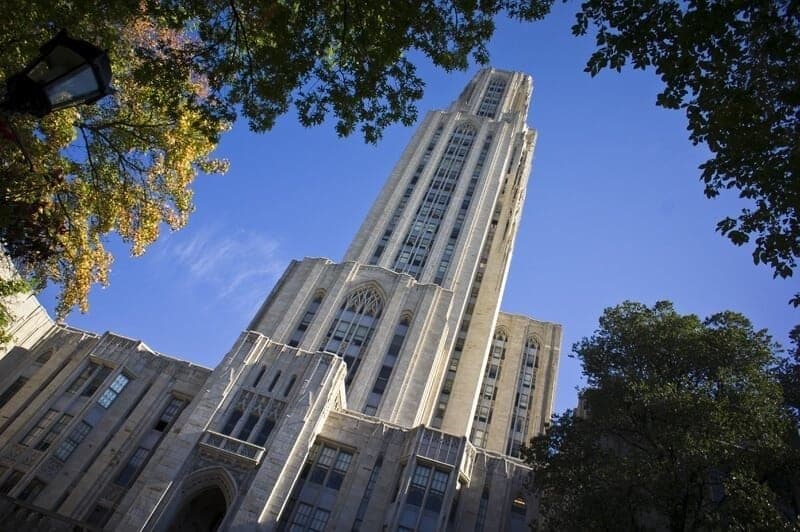