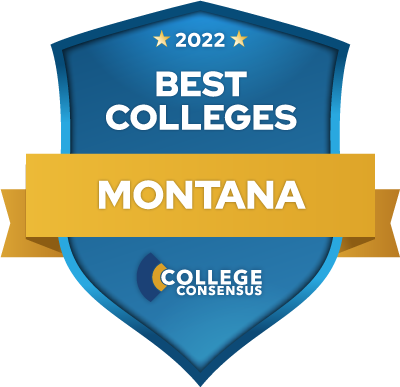 The College Consensus ranking of the Best Colleges in Montana combines the results of the most respected college ranking systems with the averaged ratings of thousands of real student reviews from around the web to create a unique college meta-ranking. This approach offers a comprehensive and holistic perspective missing from other college rankings. Visit our about page for information on which rankings and review sites were included in this year’s consensus rankings.

The Best Colleges & Universities in Montana category is limited to schools in Montana. Schools that did not qualify for a Consensus Score were ranked by their Student Review score.

The University of Montana-Western
Dillon, MT

The University of Montana
Missoula, MT

Furthermore, the state’s designated public STEM-centered university, Montana Tech, has grown into one of the best regional colleges in the West. Formerly the School of Mines, Montana Tech has built on the state’s long tradition of natural resource engineering to build one of the nation’s finest STEM institutions. As an up-and-coming university, Montana Tech has been especially praised for its impact on social mobility, helping train Montana’s students for rewarding professional careers in the applied sciences.

Montana’s smaller liberal arts colleges include Carroll College (also ranked a best mountain college) and Rocky Mountain College, which carry on the tradition of developing widely-transferable skills to Montana’s next generation of leaders and professionals. Carroll College is further recognized as one of the best Catholic colleges in America, known regionally and nationally for its health sciences and engineering programs, presented with a traditional Catholic emphasis on service, ethics, and faith.

The Future of Montana’s Best Colleges

Montana isn’t quite like any other place in America. Cold, mountainous, and still quite, quite wild, Montana has never accepted settlers easily, and those who choose to live there have always represented the most ruggedly individualistic side of the American character. One the largest and most sparsely populated states, Montana doesn’t have the need for as many colleges and universities as, say, New England or California, but that just means that the higher education institutions Montana has, are exceptional.

In true Montana tradition, higher education in Big Sky Country is heavy on the practical professions and sciences, focusing throughout the state’s history on meeting real-world needs from agriculture and engineering to teaching and medicine. As a state, Montana has traditionally relied on mining, agriculture (especially cattle), and forestry for their economic bedrock, but as those industries shift and change in the 21st century, the state is poised to make new and innovative uses of their natural resources, including renewable and sustainable energy, technology, and tourism.

The best colleges in Montana know that Montana’s future lies in technology, sustainable energy, and preserving their natural beauty and character. That’s why Montana’s colleges – private and public, research and liberal arts, secular and Christian – are committed to providing what Montana’s people need. Technical training, professional careers, and leadership in government, business, and education – those are Montana’s future, and with its few but proud colleges and universities, Montana has it covered. 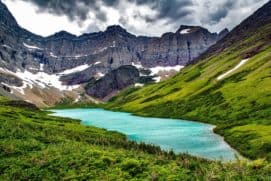 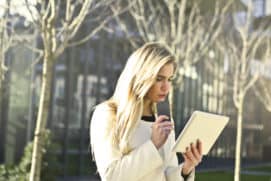