Oklahoma Baptist University’s mission is to transform “lives by equipping students to pursue academic excellence, integrate faith with all areas of knowledge, engage a diverse world, and live worthy of the high calling of God in Christ.” The University is founded on the principles and teachings of Scripture and considers its primary purpose as being to “conduct educational programs in the traditional arts and sciences and in other disciplines with the intent to prepare students for effective leadership and service in the various vocations.”

Oklahoma Baptist University is accredited by the North Central Association of Colleges and Schools and has been so since 1952. At least ten bachelor’s degrees in more than 85 areas of study are offered by Oklahoma Baptist University as well as master’s degrees (offered through the School of Graduate and Professional Studies) in the areas of business administration, nursing, Christian studies and marriage and family therapy.

Oklahoma Baptist University has a total enrollment figure of approximately 2,000, the vast majority of whom are undergraduate students. On-campus student housing is offered through the University’s resident halls which are divided between men’s and women’s dormitories. Rooms are equipped with cable TV capabilities and all residential students are assigned a meal plan.

Oklahoma Baptist University recognizes several student-run clubs and organizations which cater to a wide range of personal and academic interests. These and other campus events and activities offer students ample opportunity to interact with one another outside of the classroom setting and allow students to develop valuable leadership skills. Oklahoma Baptist University fields more than 20 varsity athletic teams, including football, basketball, cross country, golf, indoor track and field, outdoor track and field, soccer swimming/diving, tennis, men’s baseball, and women’s softball, lacrosse and volleyball. Formerly a member of the NAIA Division I, Oklahoma Baptist University recently transitioned to the NCAA and competes in the Great American Conference. 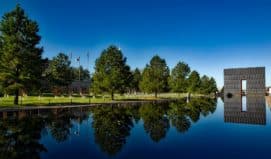 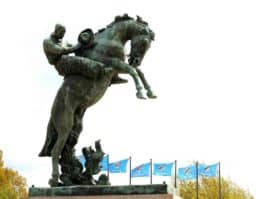 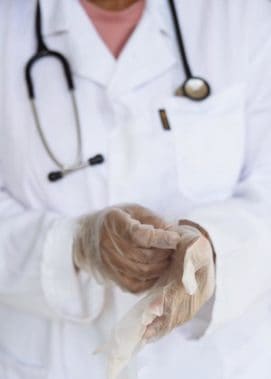