Liking to laugh and enjoying comedy isn’t exactly an uncommon thing. However, very few people have actually gone to see standup comedy live, which is a shame considering that standup comedy is almost always better live. Comedy clubs are often the unsung heroes of college towns. They give students the opportunity for a fun night of entertainment, typically for very cheap. Many comedy clubs have been around for decades and are woven deep into the fabric of the college town they reside. Below we list our top 10 (in no particular order) comedy clubs for college students.

Open mic night at Goodnight’s Comedy Club is a great free entertainment option for college students and is also a great place for aspiring comedians to cut their teeth. Goodnight’s also offers a robust schedule of comedy shows that leverage their stable of local talent.

This club is highly-regarded among comedians as being one of the best rooms in the country and is often chosen for album recordings. Many of these comedians attribute this to the number of college students in the audience who often make for a fun comedy crowd.

Serving students in multiple locations, Hyena’s Comedy Club also makes it a point to help develop their local talent. Pulling on local comedians to host and feature for their shows, Hyena’s Comedy Club also offers an open mic for comedians who are just starting out. This makes the club a great option for the aspiring comedian and comedy fan alike.

Located just on the University of Wisconsin-Madison campus’s outskirts, Comedy on State has been providing laughs to college students for years. An integral part of University of Wisconsin-Madison nightlife, Comedy on State brings in nationally touring acts as well as newer up-and-coming comedians, ensuring something for everyone on their schedule.

Every year, Comedy on State hosts Madison’s Funniest Comic Contest, a contest aimed at promoting local talent. These shows are a great option for college students as they tend to cost less, and there are a bunch of different shows across the span of the contest.

Started in 2013, Laugh Boston boasts a modern 300-person comedy theater that is state-of-the-art. Since its recent opening, Laugh Boston has quickly become one of the best places to watch comedy in Boston, and one of the better deals for students in the area.

One of the most iconic comedy clubs globally, the Comedy Cellar is a great place for college students to catch some of the best comedians in the world working out their brand new material. Founded in 1982, The Comedy Cellar’s original room has been operating out of a small basement below The Olive Tree restaurant. Now the Comedy Cellar has expanded to include the nearby Fat Black Pussy Cat and The New Room.

One of the Comedy Cellar’s main draws is its showcase format that is absolutely packed with top-tier talent. Shows at The Comedy Cellar feature lineups of New York City’s greatest comedians as well as drop-ins from comedy megastars like Jerry Seinfeld, Nikki Glaser, Aziz Ansari, Dave Chappelle, and more.

Located in the East Village, students from New York University, Columbia University, and other NYC universities can attend what is arguably the best value in comedy there is. Not only will you be able to see some of the best comedians in the world, but you’ll also be able to watch them in the middle of working their craft as they work on their newest material.

While one of the newer comedy clubs on the list, Laughing Skull Lounge has quickly grown to be one of the best comedy clubs in the United States. Located in the back of The Vortex Midtown restaurant, Laughing Skull Lounge has become highly-regarded for its quality of shows by investing in its local community of comedians and nearby colleges for audiences.

Students at Georgia State University, Emory University, Georgia Institute of Technology, or any other nearby Atlanta colleges should definitely check out the Laughing Skull Lounge. Bringing in major touring acts on the weekends, Laughing Skull Lounge also offers many local showcases during the week. This is a great way to see the local talent for cheap.

Part of the Improv chain of comedy clubs, the Tempe Improv is special as it has made a name for itself in the region. Tempe, Arizona, is home to Arizona State University – one of the universities in the country. For those tens of thousands of students looking for a laugh, there’s no better option than the Tempe Improv.

Attracting some of the nation’s biggest comedic talents, The Tempe Improv can leverage its large network of clubs to bring in some of the greatest comedians working. The Tempe Improv also works to integrate local talent into its roster of opening acts to help give these new up-and-comers a way to hone their craft.

The Tempe Improve has been widely-lauded by comedians and comedy fans alike in a bigger, more modern comedy rooms. If you’re a college student nearby, you can’t go wrong by checking out a show at the Tempe Improv.

Whether you’re interested in trying comedy yourself or want to laugh after class, Punch Line San Francisco is a great club for college students.

Located on the Sunset Strip in West Hollywood, California, The Comedy Store is one of the best comedy clubs for college students in the area. With multiple shows every night, students can catch a show with some of the world’s biggest comedians at a very reasonable price. Most of the shows at The Comedy Store are known as showcase shows where many comedians run shorter sets. This is a great way to get a sampling of many different types of comedy.

It’s not uncommon for major comedians like Tom Segura, Bill Burr, Sarah Silverman, and others to drop into work on their latest material. If you go to college in the Los Angeles-area, The Comedy Store is one of the best places to catch some live comedy.

These are just some of our favorite comedy clubs for college students, but rest assured, there’s almost certainly a place near your school of choice where you can go for a night of laughs. 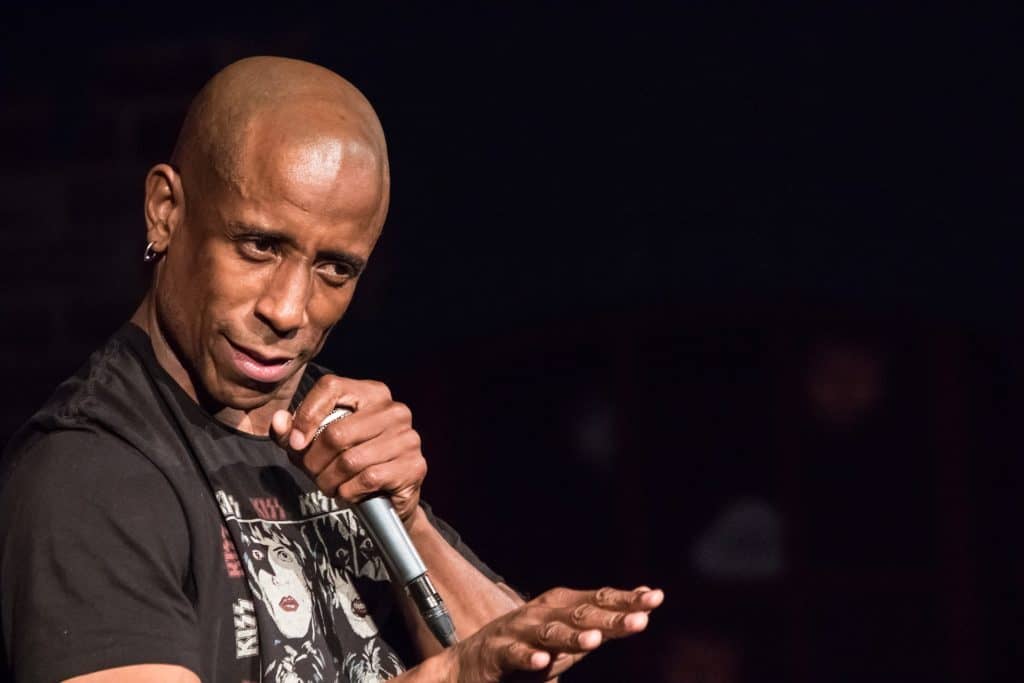