Ithaca College is a private, coeducational institution located on the South Hill of Ithaca, New York. Situated halfway between Manhattan and Toronto, Ithaca College is nestled in the heart of New York State’s scenic Finger Lake region in a thriving and culturally diverse city of about 30,000. With small-town charm and a cosmopolitan flair, the Ithaca area attracts visitors, scholars, and students thanks to the presence of both Ithaca College and Cornell University. A comprehensive college, Ithaca College’s mission is to “become the standard of excellence for residential comprehensive colleges, fostering intellect, creativity, and character in an active, student-centered learning community.”

Accredited by the Middle States Commission on Higher Education since 1955, Ithaca College offers a variety of academic programs and degrees ranging from bachelor to the graduate-level. Ithaca College is made up of nearly half a dozen schools, including a School of Business; the Roy H. Park School of Communications; School of Health Sciences and Human Performance; School of Humanities and Sciences; and a School of Music. Ithaca College offers degrees in a wide range of disciplines, including Business & Management; Computing & Technology; Exploratory; Health & Exercise; Health Education; Humanities; Interdisciplinary Studies; Mathematics & Natural Sciences; Media and Communications; Modern Languages; Music; Physical Rehabilitation & Therapy; Social and Behavior Sciences; Sport & Recreation; Theatre Arts; and the Visual Arts.

Ithaca College also offers students an online learning option with online courses offered with the same credits as traditional classroom courses. These online courses are taught interactively by Ithaca College faculty and delivered using Sakai. Both fully online and hybrid (a blend of online and face-to-face teaching) courses are offered and each course is asynchronous, allowing students set their own schedule during the week.

Ithaca College boasts a total enrollment figure of nearly 6,600 – more than 6,000 of which are undergraduate students. As a residential college, housing is guaranteed to each student for the entirety of their stay and all students are required to live on-campus during their freshman, sophomore, and junior years. More than 4,000 of Ithaca College’s students live on campus in one of the 25-plus traditional residence halls or the school’s apartment complexes. The traditional residence halls are divided into four major residential areas- the Quads, the Towers, the Terraces, and Emerson Hall. Both new and returning students are offered housing in each hall with a combination of single and double rooms. Emerson Hall offers both double rooms and a limited number of triple rooms which are reserved for students with special needs.

Ithaca College is known for its prominent student-run media vehicles, including the College’s official weekly newspaper, The Ithacan which is written, edited, and published by students; ICTV, the world’s oldest student-operated college television channel; and WICB, a student-operated FM station. Ithaca’s campus is also home to a vibrant Greek life as well as one of the strongest athletic programs within the NCAA Division III. 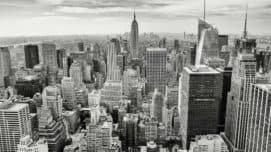 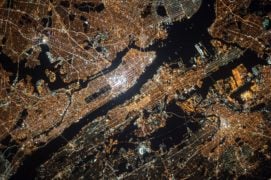