Centre College, located in Danville, Kentucky, is a private liberal arts school. Established by Presbyterian leaders, the College’s name reflects its geographical location in the center of the state using the British spelling that was common at the time of its founding; the school was officially chartered by the Kentucky Legislature on January 21, 1819. Centre College has been rated in the top 50 of all liberal arts colleges in the country; a small, independent, and selective educational community, Centre is dedicated to nurturing in students the ability to think logically and critically, to analyze and work creatively, and to speak and write with grace and clarity of thought.

Centre College offers a wide variety of majors and minors, including self-designed majors, in a variety of fields such as Anthropology/Sociology; Behavioral Neuroscience; Biology; Classical Studies; Computer Science; Dramatic Arts; English; History; International Studies; Mathematics; Music; Philosophy; Politics; Psychology; and Religion, among others. Education, engineering, and nursing degrees are also available at Centre through partnership agreements the school has with several other universities

Centre guarantees to all of its students the opportunity to study abroad, to participate in an internship or research opportunity, and to graduate within four years. The school ranks #1 in the nation for percentage of students who study abroad; nearly 85% participate in at least one global study program by graduation with roughly 25% studying abroad at least twice. Center places strong emphasis on experiential learning which involves students actively participating in community engagement through service opportunities, internships, international travel, and collaborative research with faculty members.

A member of the Southern Athletic association, Centre’s nearly two dozen varsity teams (split nearly in half between men’s and women’s teams) compete at the NCAA Division III level. A number of club sports and intramural programs also provide students with the chance to remain physically active. One of Centre’s most enduring traditions involves members of Kentucky Alpha-Delta chapter of Phi Delta Theta bringing the portrait of former Chief Justice of the United States and Centre alumnus, Fred M. Vinson, affectionately known as “Dead Fred”, to every Centre football and basketball game and other significant college events. Since his death in 1953, Fred has never missed any of Centre’s football games. 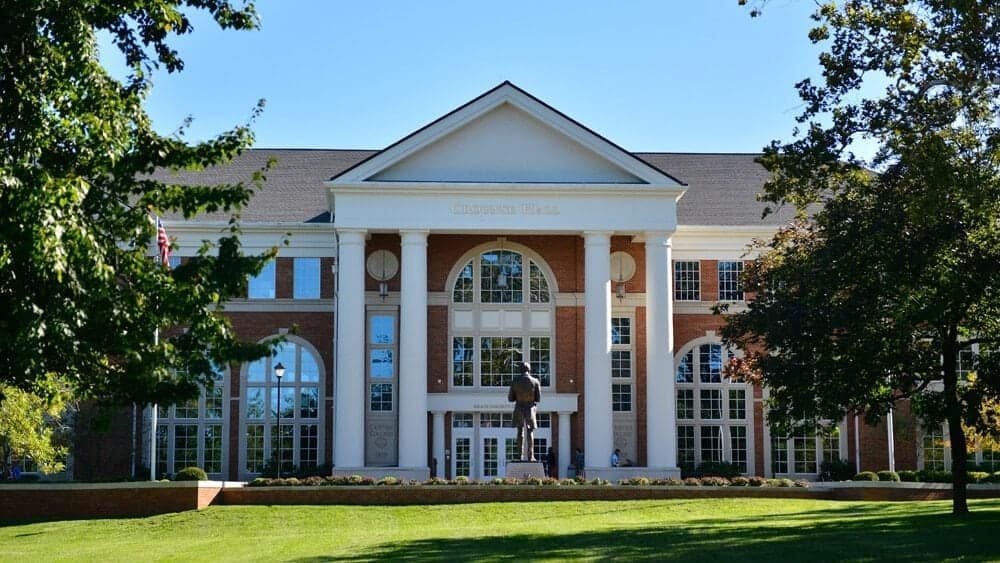