Preparing for a career in politics is three parts luck and one part planning. No matter how much you plan, political success is all about having personality attributes like ambition and shrewdness, and you also have to be in the right place at the right time. Some undergraduate degrees, however, prepare you for a career in the political arena better than others. Learn about the top 10 political degrees that will prepare you best for a political career and find out how to choose the right degree for you. 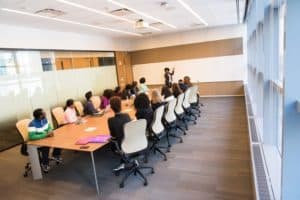 What Do You Learn in a Public Administration Undergraduate Program?

What Does a Degree in Public Administration Prepare You For?

A degree in public administration can prepare you for a career in a variety of federal regulatory organizations. It can also help you get started in a variety of other forms of civil service at the federal, state, county, and local level.

What Are Some Examples of Public Administration Undergraduate Degrees?

Some examples of specific public administration programs include:

How Much Do Public Administration Majors Make? 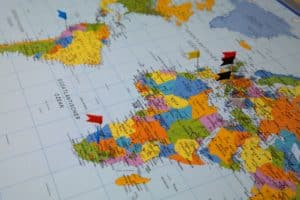 What Do You Learn in an International Relations Undergraduate Program?

From there, international studies programs cover international law. If you intend to work as an intermediary between the United States and other nations, it isn’t enough to know about the laws in your own country; you’ll also need to learn about the legal systems of major foreign powers and the international legal structure that oversees interactions between countries. To make it easier to interact with people from other countries, international relations programs also usually incorporate language studies.

What Does a Degree in International Relations Prepare You For?

What Are Some Examples of International Relations Undergraduate Degrees?

How Much Do International Relations Majors Make?

PayScale tells us that the average international relations graduate makes $61,000 per year. If you keep at it in the world of diplomacy and international intelligence, you can easily make much more than this average. 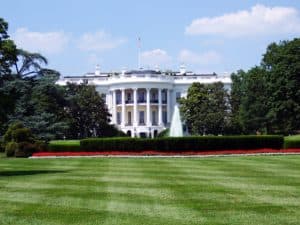 What Do You Learn in a Political Science Undergraduate Program?

What Does a Degree in Political Science Prepare You For?

Many political science graduates go on to pursue post-graduate degrees in this field. A degree in political science can prepare you for practically any career in politics; by understanding the mechanisms that make politics run, you’ll have a leg up in finding your particular political calling.

What Are Some Examples of Political Science Undergraduate Degrees?

How Much Do Political Science Majors Make?

PayScale reports that political science majors make $63,000 on average per year, which means that this degree is one of the most lucrative politics-related undergraduate majors.

James Carville, who was one of Bill Clinton’s presidential campaign advisors, once famously said that American politics is all about “the economy, stupid.” It remains true that economics is one of the most important aspects of politics. When the economy is doing well, the country does well, and when it isn’t, the country divides.

Learning about economics gives you the power to manipulate one of the biggest levers in modern political discourse. Wherever you come down on the economic philosophy spectrum, learning more about economics will help you excel in whatever political career path you choose.

What Do You Learn in an Economics Undergraduate Program?

During the course of an economics undergraduate program, you will learn about inflation, interest rates, and the role of the Federal Reserve. You’ll also learn about how the energy sector and other economic sectors contribute to the overall economy and political makeup of the United States.

What Does a Degree in Economics Prepare You For?

Economics degrees generally prepare undergraduates for careers in business or accounting. However, a firm understanding of economics will also help you aim at political opportunities like a position at the White House’s Office of Management and Budget (OMB).

What Are Some Examples of Economics Undergraduate Degrees?

There are tons of different degree options within the field of economics. Here are just a few examples:

How Much Do Economics Majors Make?

Economics majors make an average of $70,000 per year according to PayScale. 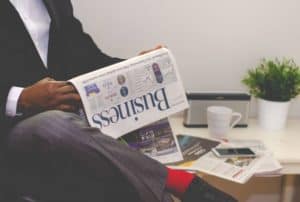 Running a governmental agency can be a lot like running a business. Having a strong understanding of the basics of business will help you allocate resources and efficiently pursue your goals.

What Do You Learn in a Business Administration Undergraduate Program?

Business administration undergraduate programs cover the basics of starting and running businesses. Whether you want to found a startup or provide consulting services to the world’s top corporations, you’ll learn the fundamentals of making money in domestic and international markets as part of your business administration program.

What Does a Degree in Business Administration Prepare You For?

Your business administration degree will prepare you for the financial aspects of being a successful politician. As a prominent public servant, you’ll have a lot of people on your payroll, and understanding how to allocate campaign funds and predict economic trends will increase your political capital.

What Are Some Examples of Business Administration Undergraduate Degrees?

Depending on the university you attend, you may be able to select from among business administration focuses like:

How Much Do Business Administration Majors Make?

According to PayScale, graduates with degrees in business administration make $61,000 per year on average.

Public policy majors are the gurus who help prominent politicians understand what voters are thinking. They craft policies that help average people live better lives, and they interact with voters at various events along the campaign trail. With experience, public policy majors can even rise through the political ranks to become senators, members of Congress, governors, or even presidents.

What Do You Learn in a Public Policy Undergraduate Program?

In a public policy undergraduate program, you’ll learn everything there is to know about crafting policies from the ground up. You’ll find out just what it takes to make official political policies, and you’ll learn how to dissect public opinion to produce winning campaign strategies.

What Does a Degree in Public Policy Prepare You For?

Your political policy degree will prepare you for an exciting career of helping political front men and women rise to power. You’ll be responsible for creating policies that impact the lives of millions of people, and studying public policy will give you the tools to act on the passion that you have to reshape the world in your image.

What Are Some Examples of Public Policy Undergraduate Degrees?

You can pursue a public policy degree in any of the following focuses:

Graduates with public policy degrees make $61,000 per year on average according to PayScale.

The public health field is rapidly growing as governmental agencies assume increasingly active roles in healthcare around the country. As a public health major, you’ll prepare yourself for a career of helping people make decisions that will keep them from getting sick.

What Do You Learn in a Public Health Undergraduate Program?

What Does a Degree in Public Health Prepare You For?

You may be able to get a job with the Commissioned Corps of the U.S. Public Health Service immediately upon graduation. It’s also possible to set yourself up as a public health policy expert who can advise various political campaigns on the best policy strategies.

What Are Some Examples of Public Health Undergraduate Degrees?

Here are a few of the undergraduate degrees you can study for in the arena of public health:

How Much Do Public Health Majors Make?

PayScale indicates that public health majors make about $50,000 per year.

If you’re shy, you won’t have a successful political career. Politicians are in the public eye all the time, and a politician’s communication skills are his or her sword and shield. A communications undergraduate degree won’t prepare you for a degree in politics as well as some other programs, but it’s still a viable option for aspiring public servants who want to dominate press conferences and public speaking events.

What Do You Learn in a Communications Undergraduate Program?

Getting better at gathering and processing information is the main focus of every communications undergraduate program. Methods of information distribution, such as writing and the spoken word, are honed, and you may be encouraged to participate in an internship.

What Does a Degree in Communications Prepare You For?

The right communications degree can prepare you for a career in diplomacy or as a bureaucrat. Communications majors learn just what it takes to be a properly oiled gear in the machine, and they excel in high-pressure environments where others look to a leader who can process and express information efficiently.

While a communications career won’t prepare you as well for the intricacies of politics as other degrees, it will teach you everything you need to know about being a politician. After you graduate, it will be up to you to learn enough to make sure that you don’t seem like an empty suit.

What Are Some Examples of Communications Undergraduate Degrees?

Some useful degrees for communications majors include:

How Much Do Communications Majors Make?

The global economy has revolutionized the ways that small businesses and large enterprises operate. An international business degree can prepare you to understand the complexities of foreign economic policy.

What Do You Learn in an International Business Undergraduate Program?

What Does a Degree in International Business Prepare You For?

What Are Some Examples of International Business Undergraduate Degrees?

Here are a few of the international business programs that prestigious universities offer:

How Much Do International Business Majors Make?

PayScale reports that you will most likely make around $54,000 per year with nothing more than an international business degree.

Understanding law is a huge component of becoming a successful politician. Many prominent politicians started their careers as lawyers, and since politics is essentially all about creating and interpreting laws, every politician will need to learn about law at one point or another. If you plan to go on to law school, a criminal justice undergraduate degree is a useful prerequisite.

What Do You Learn in a Criminal Justice Undergraduate Program?

As part of your criminal justice undergraduate program, you’ll learn about chain of evidence protocols. The chain of evidence is the path by which evidence makes its way from the scene of a crime to the courtroom, and for evidence to be considered admissible, it must be handled carefully.

Criminal justice undergraduates also learn about due process, which is the protocol used to ensure that suspected criminals receive justice. Due process courses cover the best ways to interview witnesses, how to arrest people, and how courtroom processes unfold.

What Does a Degree in Criminal Justice Prepare You For?

If you’re an aspiring politician, a criminal justice degree is essentially a prerequisite program for law school. It won’t prepare you for a career in politics by itself, but it will give you firsthand knowledge of the mechanics of the justice system. During your time in a criminal justice undergraduate program, you can learn more about the current state of the law in the United States and develop your objectives as a future lawmaker or interpreter of the law.

What Are Some Examples of Criminal Justice Degrees?

Here are a few examples of the specific programs you can pursue as part of a criminal justice degree:

How Much Do Criminal Justice Majors Make?

According to PayScale, the average college graduate with a Bachelor of Science (BS) degree in criminal justice makes $54,000 per year. Keep in mind that most criminal justice majors go on to law school, and full-fledged lawyers make vastly larger salaries. 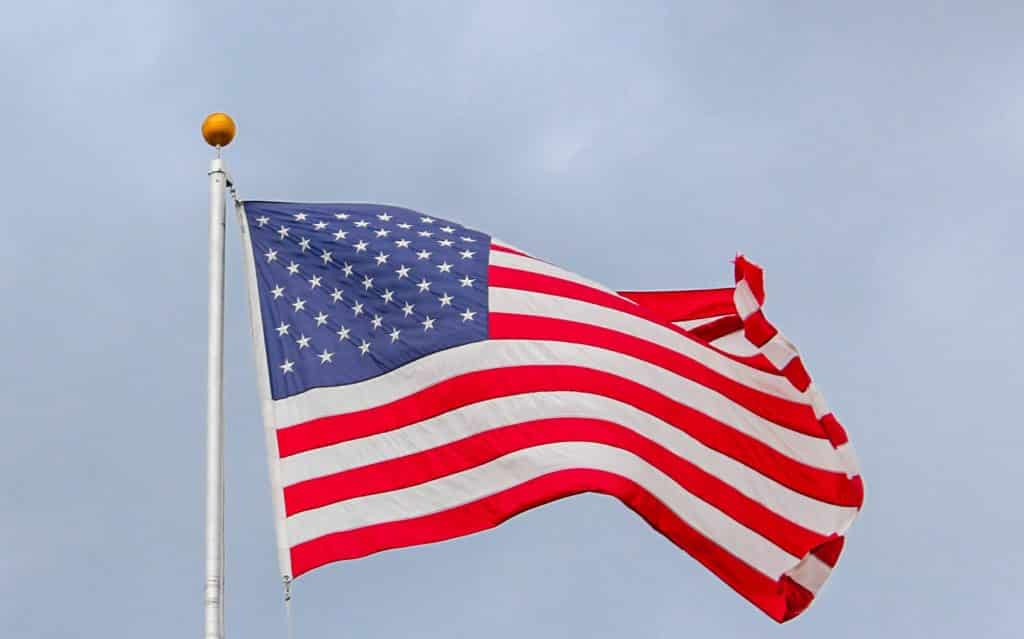