Azusa Pacific University’s mission is “to advance the work of God in the world through academic excellence in liberal arts and professional programs of higher education that encourage students to develop a Christian perspective of truth and life.” The University is accredited by the Western Association of Schools and Colleges and has been so since 1961.

Azusa Pacific University offers more than 100 different associate, bachelor’s, master’s, and doctoral programs on campus, online, and through its six regional campuses across Southern California. The University is made up of several colleges and schools, including the Leung School of Accounting, the School of Behavioral and Applied Sciences, the School of Business and Management, the School of Education, the Honors College, the College of Liberal Arts and Sciences, the College of Music and the Arts, the Nursing School, the Azusa Pacific Seminary, the School of Theology, and the University College (formerly called the Azusa Pacific Online University and School of Adult and Professional Studies). A number of national and international study opportunities are also available to students, including the University’s High Sierra Semester, Los Angeles Term, South Africa Semester, Ecuador Semester, and several study abroad programs.

Azusa Pacific University has a total enrollment figure of nearly 10,000, including about 6,000 undergraduate students. Located a little over 25 miles northeast of Los Angeles, California in the San Gabriel Valley Community of Azusa, the University’s administrative facilities, classrooms, residence halls, library, student center, and gymnasium are housed on Azusa Pacific University’s 52 acre East campus. Meanwhile the University’s 52 acre West campus is home to the Schools of Nursing, Behavioral and Applied Sciences, Education and Theology, as well as two libraries, the Richard and Vivian Felix Event Center and more.

Azusa Pacific University recognizes a variety of student-led clubs and organizations and was named to the Carnegie Foundation’s Community Engagement Classification for its commitment to community service and service-learning. As an NCAA Division II school, the University sponsors more than a dozen intercollegiate sports teams which compete in the Pacific West Conference. These include men’s and women’s basketball, cross country, soccer, track and field as well as women’s acrobatics and tumbling, softball, swimming and diving, volleyball and water polo and men’s baseball, and football.

School of Business and Management 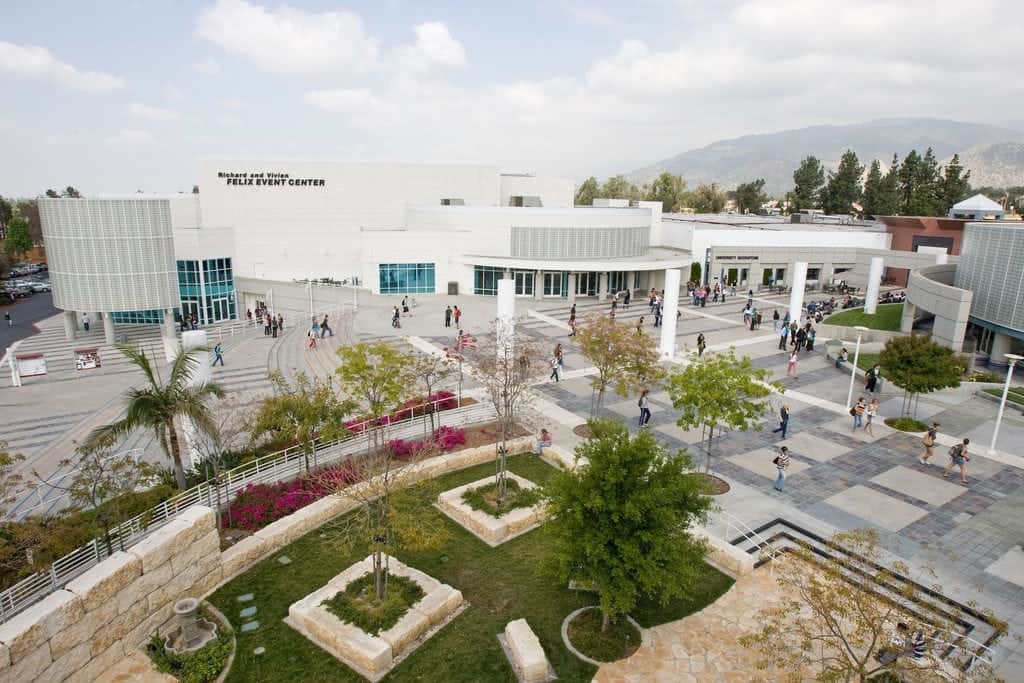