Hood College is an independent liberal arts college located in Frederick, Maryland. The school was established in 1883 as the Women’s College of Frederick by the Potomac Synod of the Reformed Church of the United States – now the United Church of Christ. In 1897 the school was granted a charter for the original purpose of creating a college for the “promotion and advancement of women” and awarded its first baccalaureate degrees to 14 women in 1898. Though male students had been a part of Hood College’s student population as early as the 1970’s, it was not until 2003 after the Board of Trustees voted to allow men to reside on campus that the school became officially coeducational. Today, Hood College is widely recognized for its degree programs, outstanding faculty, and the research opportunities it provides.

Hood College’s mission to provide “an education that empowers students to use their hearts, minds and hands to meet personal, professional and global challenges and to lead purposeful lives of responsibility, leadership, service and civic engagement.” The school states is purpose as being one of preparing “graduates for lives of responsibility, leadership and service by offering an educational experience that integrates liberal and professional learning in a student-centered environment.” Hood College is committed to offering students (both graduate and undergraduate) a high-quality curricula; to serving the “lifelong learning needs of its constituents”; to supporting the research, scholarship, and collaboration of its faculty and students; to celebrating inclusiveness and diversity; to “enhancing the intellectual, cultural and social vibrancy of the regional community”; and to preserving its rich heritage.

Hood College has been accredited by the Middle States Commission on Higher Education since 1922 and offers more than 30 major fields of undergraduate study (as well as a student-designed major) which lead to either a Bachelor of Arts or of Science. In addition, nearly 20 graduate-level degrees are offered, including several master’s and at least two doctorates in Organizational Leadership and Business Administration.

Hood College has a total enrollment figure of more than 2,000, including over 1,300 undergraduate students. The school’s student body consists of representatives from nearly 30 states, Guam, D.C., and more than 20 nations; approximately one-third of students are members of racial or ethnic minorities or are from foreign countries. Hood College features more than 60 student led clubs and organizations on its campus, including Blazer Radio, Habitat for Humanity, International Club, Philosophy Club, Hood Improv, and Ping-Pong Club, among others, and students are always welcome to start new clubs.

Situated on a stunningly beautiful campus, Hood College is located in a vibrant and historic city in central Maryland. The city of Frederick is the third largest city in the state and is a mere hour away from both D.C. and Baltimore, providing a whole host of opportunities for students to discover and explore. Popular events on Hood College’s campus include May Madness, its renowned Messiah concert and dance, movie nights, Fall Frenzy, “Whitaker Wednesdays” and an all-you-can-eat crab feast. Hood College’s varsity athletic teams compete at the NCAA Division III level and compete in the Middle Atlantic Conference and the Eastern Collegiate Athletic Conference. 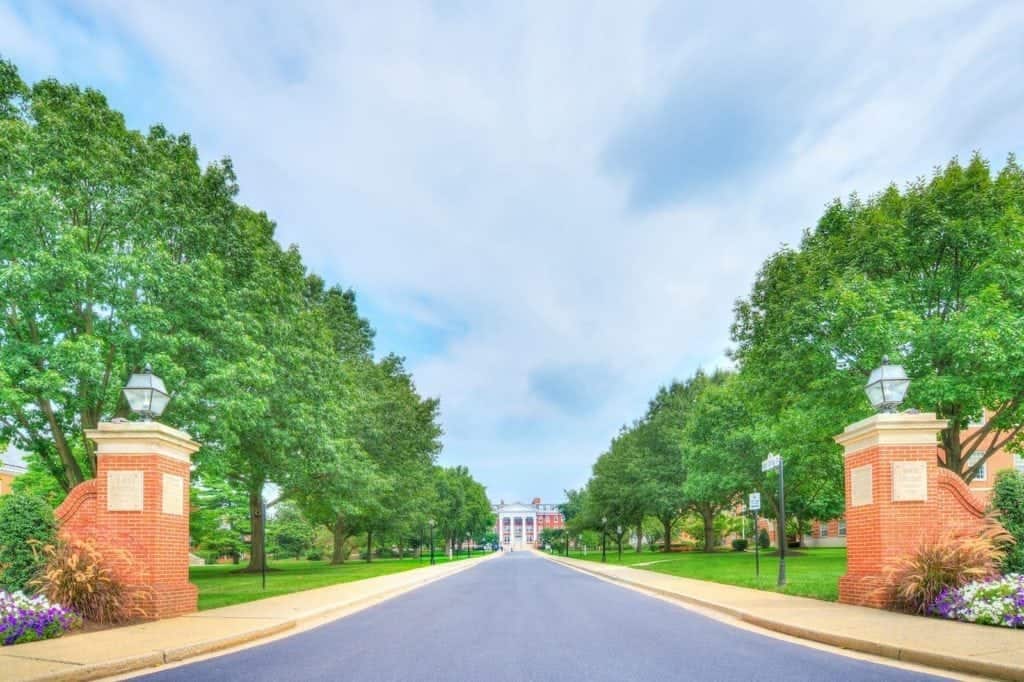