Assumption College is a private, Roman Catholic, liberal arts college located in Worcester, Massachusetts. Established in 1904, Assumption College was founded by the Augustinians of the Assumptions, a Catholic order under the Augustinian Rule which is dedicated to service through teaching and operates under the motto “Thy Kingdom Come”. In 1969 the College became fully coeducational and allowed both laymen and -women into to serve as faculty and accepted female students into its programs of study. Assumption College has had more than a dozen students awarded the Fulbright Scholarship since 2001 and boasts more than 15 NCAA post-grad scholarships awarded to its students, placing the College in the top 10 of all NCAA colleges and universities in the northeast including Harvard, MIT, and Boston College.

Assumption College’s mission is to “form graduates known for critical intelligence, thoughtful citizenship and compassionate service.” The College’s mission statement continues, “We pursue these ambitious goals through a curriculum grounded in the liberal arts and extending to the domain of professional studies. Enlivened by the Catholic affirmation of the harmony of faith and reason, we aim, by the pursuit of the truth, to transform the minds and hearts of students.” Assumption College is accredited by the New England Association of Schools and Colleges and has been so since 1949.

Assumption College has a total enrollment figure of nearly 3,000, including more than 2,000 undergraduate students. Roughly 90% of all undergraduate students choose to live on campus and the College seeks to create a community which fosters individual growth and learning through its committed Residential Life staff who emphasize personal accountability and provide students with a network of support and guidance. Assumption College also features a Living and Learning Center which allows students of a particular major or interest to live together as a community.

Located on a 185 acre campus, Assumption College offers an abundance of activities and events for students. These include a variety of student-led clubs and organizations which cater to a range of interests and provide ample opportunity for students to interact with one another and with faculty outside of the classroom setting. One of Assumption College’s notable facilities include the Plourde Recreation Center which features a six-lane swimming pool, racquetball courts, an aerobic/dance studio, fitness center and other amenities with state-of-the-art fitness and wellness facilities and programs. As an NCAA Division II school, Assumption University’s nearly two dozen intercollegiate teams compete in the Northeast-10 Conference. 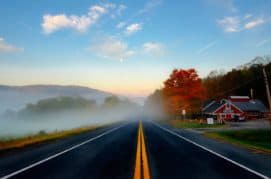