If you want a career that contributes to the national security of the United States, a job with the Central Intelligence Agency (CIA) might be for you. The world’s most well-known foreign intelligence agency, the CIA analyzes foreign intelligence and conducts covert operations. The President and Congress use the information to make decisions about policy.

What Does the CIA Do?

The roots of the CIA date back to World War II, but its goal to protect the lives of Americans has never changed. Its website says it is “the nation’s first line of defense,” and its officers “accomplish what others cannot accomplish and go where others cannot go.”

The CIA doesn’t enforce laws, but it works with law enforcement agencies on complicated issues like counterterrorism and counterintelligence. Although the CIA and the Federal Bureau of Investigation (FBI) are both members of the U.S. Intelligence Community, the CIA only collects information about foreign countries and their residents. It cannot investigate U.S. citizens, legal immigrants, resident aliens or U.S. corporations.

How Much Do CIA Agents Make?

To provide an independent stream of unbiased information, the CIA needs people with all kinds of skills. Entry-level jobs require a bachelor’s degree, but majors vary depending on individual career paths. The organization follows the federal General Schedule (GS), a system that has 15 pay grades and 10 pay steps within each grade. The starting level for most CIA job descriptions is GS-10/11.

After being hired, employees spend their first two years completing various interim assignments. They also do classroom training and engage in practical exercises. Then, they undergo advanced training activities that prepare them for their specific careers. Because so much preparation is involved, officers must agree to a five-year contract.

Employees who are proficient in more than one language may be eligible for one of several bonuses and incentives the CIA offers to bilingual officers. They also enjoy a list of benefits, including various types of leave, alternative work schedules, financial planning, student loan assistance and insurance. All applicants must be willing to move to Washington, D.C.

What Opportunities Does the CIA Offer Students?

The CIA has special programs for students:

Undergraduate programs range from computer science and accounting to engineering and human resources. Other examples include graphic design, cybersecurity, systems management and logistics. Among the offerings are fellowships for undergraduate and graduate students in schools that serve minorities and needs-based scholarships for graduate students.

Does the CIA Hire Veterans?

Veterans hired by the CIA may have special benefits based on their military service. The CIA participates in Operation Warfighter, an organization that supports service members recovering at military centers by offering internships and career opportunities that benefit the CIA and service members.

Positions require a Top Secret security clearance and come with no guarantee of employment. Participants receive the training and experience they need to be eligible for CIA employment after leaving the military.

Does the CIA Hire STEM Majors?

Whether you want to solve concrete problems with your knowledge of science, design new nuclear technology, or analyze foreign missile systems, there’s a job in the CIA. Here are some examples of careers for science, technology, engineering and math (STEM) majors:

What Are the 10 Best Degrees for the CIA?

Many careers in the CIA don’t demand specific degrees, but they all require good grades and a major in a job-related area. There are four departments: intelligence; science and technology; clandestine service; and national support. The CIA director oversees staff positions that address public policy, information management, congressional affairs, mission innovation and more.

Jobs are extremely competitive. Although the degrees below aren’t the only ones that qualify you for a CIA career, they are some of the most helpful:

Candidates with computer science, programming and engineering backgrounds have access to the largest number of internships in the CIA. The organization needs technology majors of all kinds to develop high-tech programs that collect and protect sensitive information. Graduates with concentrations in IT management, computer programming, network systems engineering and systems analysis will be in high demand in coming years. Interns will apply their skills in a fast-paced environment dealing with national intelligence and security. Here is a list of helpful degrees:

Like other big organizations, the CIA needs people with degrees in business administration, accounting and finance. A degree in international business, which prepares graduates to deal with different cultures and engage in foreign business practices, is a good fit for the CIA.

3. Political science and other social sciences

Political science is the study of governments, political theory, international relations and more. The degree implies an understanding of political issues and an ability to explore and research questions. Undergraduates may work toward a graduate and doctorate program or go into fields like international law. Political science students often get college credit for working in law firms, campaign offices and various organizations.

Students with political science degrees have extensive training in written and oral communication. They also have good analytical and computer skills, and their well-rounded liberal arts degree puts them in an excellent position to understand and debate current events and world affairs. Job titles in the CIA include open source collection specialist; science, technology and weapons analyst; staff operations officer; and telecommunications service officer.

Social science is a branch of study that examines human beings and their interaction in social and cultural settings. The discipline usually includes economics, anthropology, sociology, psychology, political science and economics. The CIA hires social scientists in various disciplines to provide cultural information, plan missions, and work with local citizens. Psychologists and other social scientists may research classified information or work on projects, such as building better irrigation systems or training people to improve quality of life.

An international studies major examines the links between international and regional affairs. Students focus on a specific location and language somewhere in the world and analyze the connection to complex world affairs. A degree prepares graduates to understand different cultures and solve global challenges.

The course work emphasizes social studies, such as politics, history, anthropology, geography, literature and economics. A second language is helpful and may be required in some programs. An international studies degree is a good fit for analytical minds who have an interest in causes like political justice or human rights.

International relations is the study of the interaction between nations and non-governmental organizations around the globe. A bachelor’s degree begins with a broad foundation in liberal arts. Students study sciences, such as sociology, anthropology, history, politics, economics, data science and statistics, early in the program.

Later, students choose a specific theme and regional focus. Locations may include diverse areas, such as parts of the Middle East, Africa, Asia or Europe. Related classes make up the course load and look at problems like these:

A foreign language may be recommended or required, and students usually spend a semester abroad to learn about other cultures. Before graduating, students may document their knowledge with a film, thesis or other project.

A bachelor’s degree in foreign language includes the study of one or more foreign languages. Students also learn about the culture and literature of the country or region. A second language is an asset for any job with the CIA, and it is a requirement for some.

A criminal justice degree gives students a broad knowledge of the justice system, including the courts, law enforcement and penal system. The curriculum focuses on the study of crime, criminal theory and criminal psychology. A bachelor of arts (BA) in criminal justice focuses more on philosophical issues of crime, and a bachelor of science (BS) is oriented toward a career in law enforcement. Either degree may require an internship for experience and/or a thesis to show knowledge of the topic.

Physical science majors in the CIA do various jobs, including collecting and analyzing information about climate change, bio-warfare and spy satellites. Other duties include analyzing the buildup of foreign weapons, understanding cyber warfare, and investigating the intentions and capabilities of foreign entities. There is also a need for scientists to study energy shortages, environmental crises and preservation of natural resources.

In 2016, the CIA celebrated the 75th anniversary of its cartography department by putting decades of secret maps online. The organization still hires people to research, design and create maps with specific themes and locations for clandestine use.

A cartographer, or mapmaker, usually needs a bachelor’s degree in cartography, surveying, geomatics or geography. Some states require a surveying license, and others offer licenses for photogrammetrists. A photogrammetrist is a person who uses aerial photos, satellite images and other technology to make maps of the earth’s surface and features. The displays show data like elevation and distance.

Related degrees include engineering, forestry and computer science. Common skills include a knowledge of tools and software for detecting light images, processing images, and remote sensing. A photogrammetrist may be required to be licensed as a surveyor. Each state has its own rules, and all states require at least a high school diploma and test.

A graphic designer puts together typography, images or moving graphics to create a design. Graphics may be printed, published or displayed on electronic media. Examples include advertisements, posters and brochures.

Human resource (HR) managers supervise employment and workplace issues, including hiring and departures. They also plan and coordinate administrative functions in an organization.

A bachelor’s degree and work experience are typically required for employment. To work for the CIA, it also helps to have training in foreign languages, science or technology. A master’s degree increases the chances of career advancement. The CIA hires human resource analysts, human resource officers and customer service representatives. Some HR employees are deployed to other countries to support global projects.

Most CIA jobs have little to do with international travel or exciting espionage. Often, agents spend long hours in labs, breaking code and analyzing data. Others search for patterns and hidden information in metadata or compile reports for department heads, directors, Congress or the President.

The job demands an interest in foreign affairs, international policy and national security. Candidates with a strong background in foreign languages or technology increase their odds of being chosen for a CIA career, regardless of the job title. Applicants must show integrity, knowledge, skill and talent. The hiring process takes a long time, but candidates can apply for up to four positions. 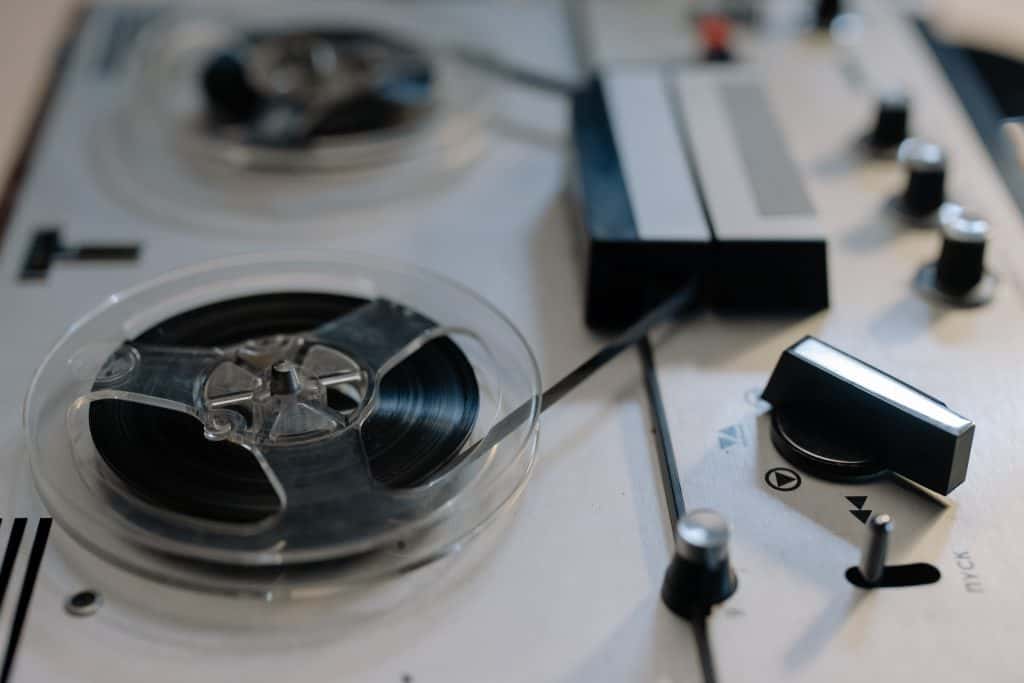