Starting a career in comedy can seem like a complete mystery to most. We often don’t talk about the journey that resulted in a comedian being onstage in front of thousands. But now, as more people become interested in pursuing comedy as a career, several different degree options have cropped up that can help students in their pursuit of this goal.

There are several different career options within comedy, and there are different degrees that better suit these career paths. Students can work to become standup comedians, comedy writers, comedy filmmakers, and comedic performers. Each of these paths requires a different set of skills.

When considering which degrees to include, we focused on degrees that offered the skills needed for various comedy careers or degrees that would give students financial security and time flexibility while pursuing comedy.

1. Bachelor of Fine Arts in Comedy

Students in a Bachelor of Fine Arts in Comedy course will study topics related to performing, writing, and television and film production. These degrees typically allow the students to specialize in whether they’ll be focusing more on TV/movie writing, directing/producing, or actual performance.

Many of these programs are partnered with major comedy organizations such as Second City to give their students additional resources to rely upon in their comedy journey. A Bachelor of Fine Arts in Comedy is one of the best degrees for a comedy career.

Students enrolled in a Bachelor of Fine Arts in Creative Writing degree will work to develop their writing skills and voice as writers. This will help prepare for careers in TV, movie, and sketch writing.

3. Bachelor of Fine Arts in Film

Students in a Bachelor of Fine Arts in Film degree will learn various essential skills to the television/movie creation project. They will learn about screenwriting, cinematography, editing, producing, and more. These are invaluable skills for students who would like to go into comedic TV/film making or sketch writing.

Many of these courses also offer acting components, which will help students interested in becoming comedic actors or performers. Having a better understanding of the filmmaking process is a huge help for a comedy career.

4. Bachelor of Fine Arts in Drama

Many comedians view performing as a skill that can only be learned through experience. That is far from the case. A Bachelor of Fine Arts in Drama can help aspiring comedians learn the skills needed to better mastery over their bodies and voices to help elevate their comedic performance.

5. Bachelor of Fine Arts in Advertising

A major part of pursuing a career in comedy is understanding that, at first, you are likely to not make very much money at all. That’s why it is hugely important to have some other job to support you in your endeavor to become a comedian. That’s why another great degree option for comedians is to choose a degree that offers skills for comedy as well as skills for a career after school.

Students in a Bachelor of Fine Arts in Advertising will learn how to pitch their advertisement campaigns properly, which is another easily applicable skill to a career in comedy.

6. Bachelor of Arts in Communication

Often described as one of the more versatile degree options, a Bachelor of Arts in Communication degree teaches students how to understand clear messaging crafting. This is a hugely important skill as it relates to a career in comedy. Much of comedy is honing your language and writing to clearly and effectively convey your comedic ideas. A degree in communication teaches students how to develop this skill and muscle.

Another huge bonus of a Bachelor of Arts in Communication is that it provides graduates with the opportunity to pursue a career outside of comedy to help them as they work to get their comedy career off the ground. Standup comedians often have to work for many years for little to no pay. It’s important that they have some way to support themselves in the interim, something that a Bachelor of Arts in Communication can help to do.

7. Bachelor of Arts in English

Another great degree option for a comedy career is a Bachelor of Arts in English. By enrolling in, this degree, students will develop several highly applicable skills to a career in comedy. Many famous comedians have received degrees in English, including Ellie Kemper, Greg Giraldo, and Bill Maher.

By pursuing a Bachelor of Arts in English, students will develop their written and oral communication skills while learning literary analysis and critical thinking. A background in English is great for students interested in a career in television, movie, or sketch writing.

An English degree is also beneficial for those wanting to pursue a career as a standup comedian. A major component of a careering standup is developing, writing, and editing material. A Bachelor of Arts in English could prove instrumental in this process.

8. Bachelor of Arts in Literature

A Bachelor of Arts in Literature is also another great degree option for aspiring comedians as an English degree. A Bachelor of Arts in Literature introduces students to various world literature while developing their understanding of different literary theories. Through exposure to different world literature, students will develop a greater appreciation and understanding of language and writing.

By studying different literary theories, students will also learn how to be more analytical and critical of their world. These different ways of thinking can be constructive when it comes to a career in comedy. Much of comedy writing is the creation of a unique perspective. By learning formal literary skills, students will be able to translate these skills into their comedic writing.

A Bachelor of Arts in Literature provides students with various career path options in comedy, including work in comedy writing for television, film, and sketch, and careers in performing.

Outside of what you’d consider being an obvious fit for a comedy career, a Bachelor of Information Technology provides a unique set of benefits that help a career in standup comedy. When pursuing a standup comedy career, it is not uncommon for comedians to earn little to no money in their early careers. It is essential that during this time, comedians have another way to support themselves financially.

Supporting yourself financially in the early stages of a comedy career can prove challenging due to a comedy career’s travel requirements. That is why a Bachelor of Information Technology is a great fit for aspiring comedians. By earning a Bachelor of Information Technology, students will have earned a degree that will allow them access to high-paying jobs that can be done remotely.

By earning a degree that allows for remote working, aspiring comedians can have the freedoms they need to succeed.

Another outside-the-box pick, a Bachelor of Entrepreneurship, is another great option for aspiring comedians. A major part of a career in standup comedy is running your own successful small business. Comedians have to manage their finances, market, and promote themselves, all while developing their act.

A Bachelor of Entrepreneurship allows students to develop the needed small business and marketing skills essential to becoming an upstart standup comedian. Having the ability to approach your standup comedy like it’s a business will only help you turn it into a profitable venture more quickly. Another huge benefit of a Bachelor of Entrepreneurship is that it provides career flexibility for standup early days.

By having a degree that allows for different job opportunities, aspiring comedians can ensure cash flow during the leaner times in a standup comedy career.

Just as there are many ways to make it in comedy, there are also many different degree paths students can take to prepare themselves for their journey. These degrees should be helpful to students as they embark on their journey of making people laugh for money. 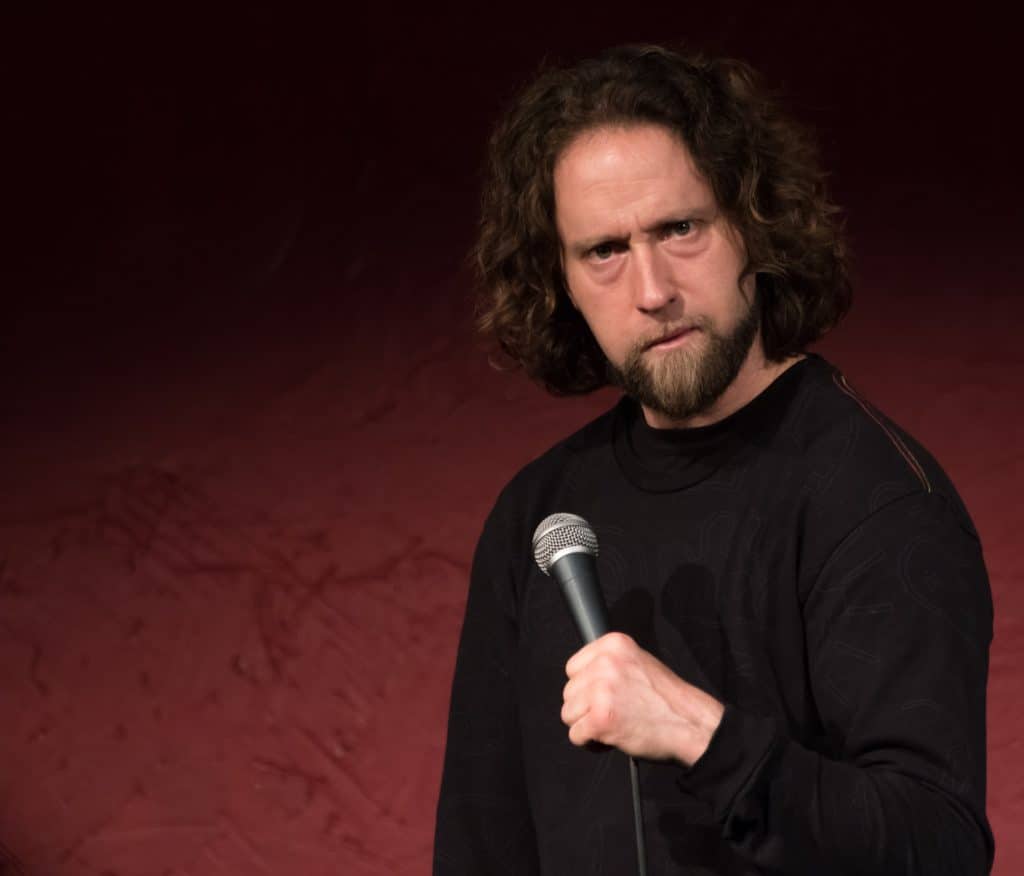