Wheaton College dates back to 1834, with the founding of the Wheaton Female Seminary. Named for the Eliza Wheaton Strong, the daughter of founder Laban Wheaton, the seminary’s first curriculum was developed by Mary Lyon, a pioneering education reformer who also founded Mount Holyoke College. In the beginning, Wheaton’s focus was on providing women with a liberal arts education that stood alongside the men’s colleges of the time, and from its founding to 1988, when it began admitting men, Wheaton was one of the nation’s foremost women’s colleges. Today, Wheaton is ranked a top 100 national liberal arts college by U.S. News & World Report.

Wheaton College remains a classical liberal arts college, a model of the form, with more than 100 majors and minors for undergraduates, as well as interdisciplinary, self-directed majors. A low, 10:1 student:faculty ratio helps students develop strong relationships with their professors for mentoring and guidance, which also gives students access to research opportunities and professional networking. Nearly a quarter of Wheaton students are double majors, and students have the opportunity to expand their options with the Southeastern Association for Cooperation in Higher Education in Massachusetts (SACHEM), a consortium of six Massachusetts schools. Students can cross-register with institutions including Stonehill College and UMass-Dartmouth.

Wheaton College puts a priority on interdisciplinary learning and research, focusing much of the curriculum on developing and understanding connections between disciplines and fields of knowledge. For example, all Wheaton students are required to take a three-course, or two paired-course, Connections sequence, studying a topic from more than one perspective. These may include combinations such as African Worlds, combining anthropology, literature, and music courses, or students may create their own Connections. Interdisciplinary research is also encouraged by initiatives like the Institute for the Interdisciplinary Humanities or the Intermedia Arts Group Innovation Network.

Wheaton College’s student body numbers around 1600, and almost all – around 98% – live on campus in a traditional liberal arts college environment. A quarter of Wheaton students come from a minority group, while another 15% come from an international background; around 30 US states are also represented in the student body. With such a close-knit student body, Wheaton is known for its community atmosphere; students live, learn, and work together, and more than 100 student-led clubs and organizations help Wheaton students find their tribe, from a capella singing to yoga.

Wheaton is well-known throughout New England for their athletic program, which dominates in the NCAA Division III New England Women’s and Men’s Athletics Conference. The Wheaton Lyons (named for Mary Lyon) compete in 19 varsity sports; Wheaton’s track and field teams have won numerous national Division III championships, while field hockey, soccer, and lacrosse teams have made their mark in the NEWMAC. Sports clubs and intramurals also provide a recreational outlet; the annual Head of the Peacock Regatta sees Wheaton students attempting to race homemade boats across the college pond. 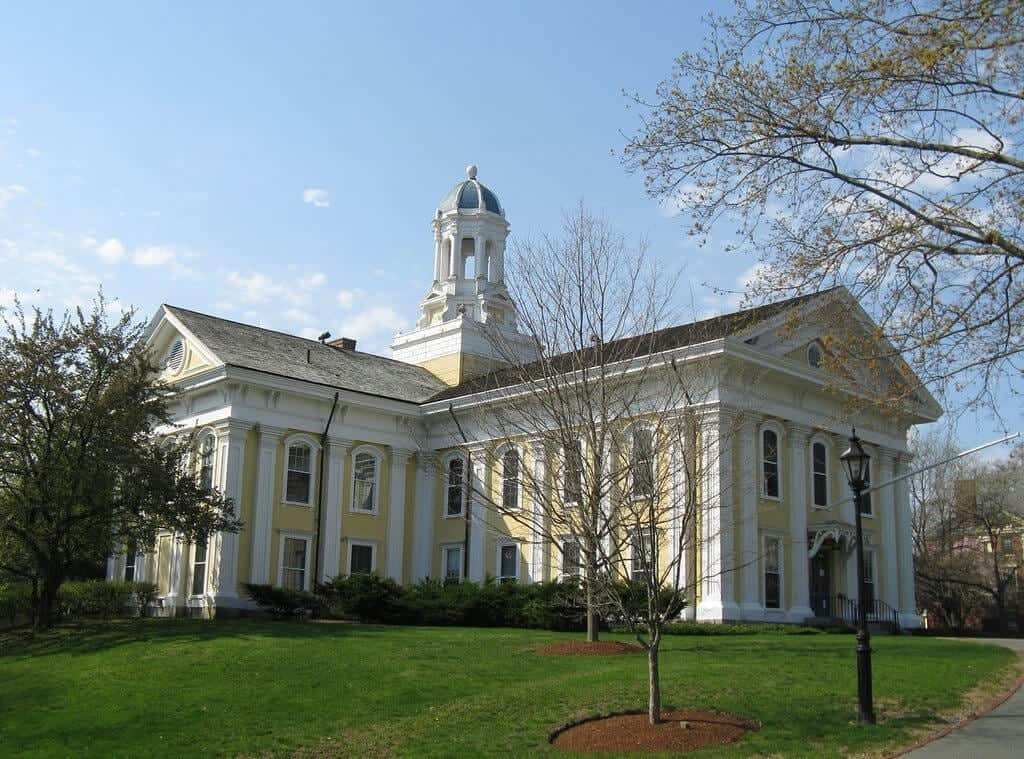