Queens University of Charlotte is a private, comprehensive, coeducational university with a commitment to both the liberal arts and professional studies, located in Charlotte, North Carolina. Queens University was formally established in 1857 as the Charlotte Female Institution, located at the intersection of College Street and 9th Street near center of the city. In 1896 the school was chartered by Concord and Mecklenburg Presbyteries and merged with the Presbyterian Female College; in 1912 the name Queens College was adopted and two years later the college relocated to its current campus in Myers Park. By 1930 the college became related to the Presbyterian Synod of South Carolina as the result of a merger with the Chicora College in Columbia, SC. It was not until 1987 that the college became fully coeducational, though male students were admitted into classes following World War II. In 2002 the school achieved university status.

Queens University of Charlotte is accredited by the Southern Association of Colleges and Schools and has been so since 1932. More than 40 majors, over 60 minors and nearly a dozen graduate programs are offered through Queens University’s several colleges and schools. These include: the McColl School of Business; the Knight School of Communication; the Cato School of Education; the Blair College of Health, which also features the Presbyterian School of Nursing; the Hayworth School of Graduate & Continuing Studies; and a number of Specialized Campus Centers.

Since 2013, Queens University of Charlotte has offered degrees that may be earned fully online, providing convenience, flexibility, and affordability to non-traditional students. Queens University’s online degrees include: a Master of Arts in Communication; Master of Science in Nursing with Clinical Nurse Leader track; Master of Arts in Educational Leadership; and a Master of Business Administration. Traditional undergraduate students have the option of participating in a variety of international experiences; these include study tours, language immersion programs, international internships, semester and year-long exchange programs. Queens University also boasts a record of nearly 100% of all undergraduate students participating in internships.

Queens University of Charlotte has a total enrollment figure of more than 2,000, including over 1,500 undergraduate students. The vast majority of undergraduates choose to live on campus in one of the University’s several residence halls. More than 40 student-led clubs and organizations are recognized by Queens University, ranging from nature groups to musical ensembles and everything in between; these groups provide students with ample opportunity to interact and form close connections with fellow students and faculty members outside of the classroom. A number of sororities and at least one fraternity are also present on campus. 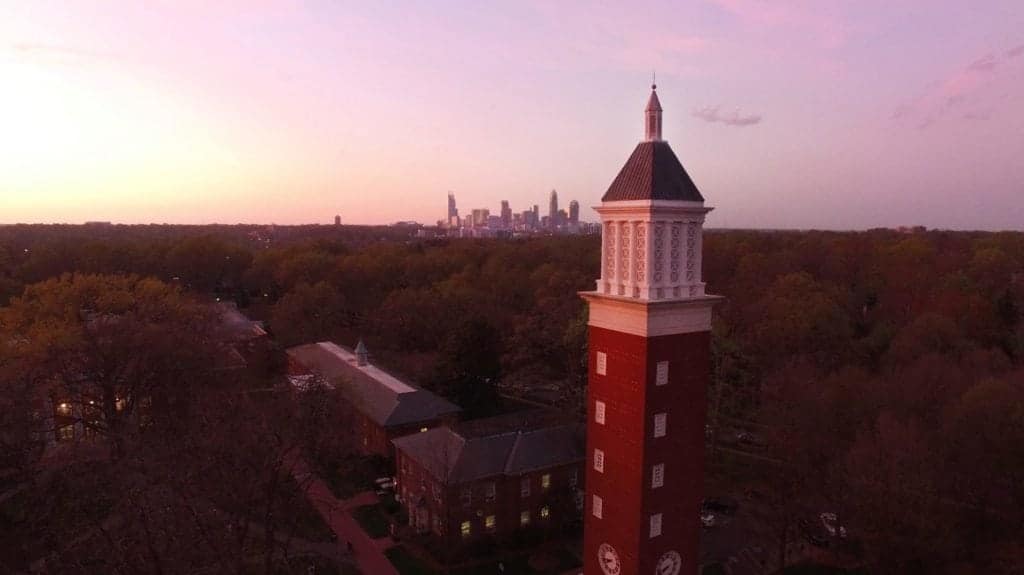