The second-oldest Catholic institution in the US (after Georgetown University in Washington, DC), Mount St. Mary’s University was founded in 1808 as a Catholic boarding school. When an influx of faculty from a closed seminary arrived from Pennsylvania, the school adopted college courses for both future priests and local young people; Mount St. Mary’s became a full college in 1830. Today Mount St. Mary’s is known as one of the most prestigious small liberal arts colleges in Maryland, and earns U.S. News & World Report ranking as one of the top 30 regional universities in the North.

As a Catholic university, Mount St. Mary’s is dedicated to holistic learning, incorporating academic and spiritual development into its liberal arts curriculum. Combining the traditional liberal arts model with Catholic faith, the common core curriculum is called the Veritas Program, in which students work through fundamental courses in the humanities and sciences, as well as Catholic ethics and theology. While 70% of the student body is Catholic, all students are instructed in Catholic intellectual and academic heritage. Students can choose from 30 majors and 38 minors. Mount St. Mary’s 12:1 student:faculty ratio puts it at the sweet spot liberal arts colleges cultivate, and most classes have fewer than 20 students.

While Mount St. Mary’s is primarily undergraduate, as a university graduate courses are also offered, mostly at the campus in Frederick, MD. The IACBE-accredited Bolte School of Business is well-known in the region and offers a number of options for earning an MBA degree (including a one-year accelerated plan). The Mount St. Mary’s Seminary is also quite accomplished, earning the nickname “The Cradle of Bishops” for the high proportion of Catholic bishops who call Mount St. Mary’s their alma mater.

The student body at Mount St. Mary’s stands at just over 2000, with 55% women and more than half coming from Maryland; another third come from the bordering Mid-Atlantic states. Mount St. Mary’s is largely a traditional residential undergraduate campus, and more than 80% of students live on-campus. Extracurricular activities, both those officially sponsored by the university, and those organized by the dozens of student-led clubs and groups, keep students busy and active, from concerts to community service. Students also have NCAA Division I athletics from the Mountaineers, with a number of men’s and women’s teams competing in the Northeast Conference.

Mount St. Mary’s picturesque setting in Maryland’s Appalachian mountains is often considered one of its strongest suits; students and faculty cite the secluded, rural atmosphere of its 1400 acre campus as a significant aid to work, reflection, and contemplation. It also makes Mount St. Mary’s a destination for wilderness-loving students, and the Outdoor Adventures office leads students in camping, hiking, and other adventure recreation for leadership, team building, and research. Mount St. Mary’s is also a close trip to Washington, DC, and to Baltimore, MD, and students even organize jaunts to New York City for arts and cultural events. 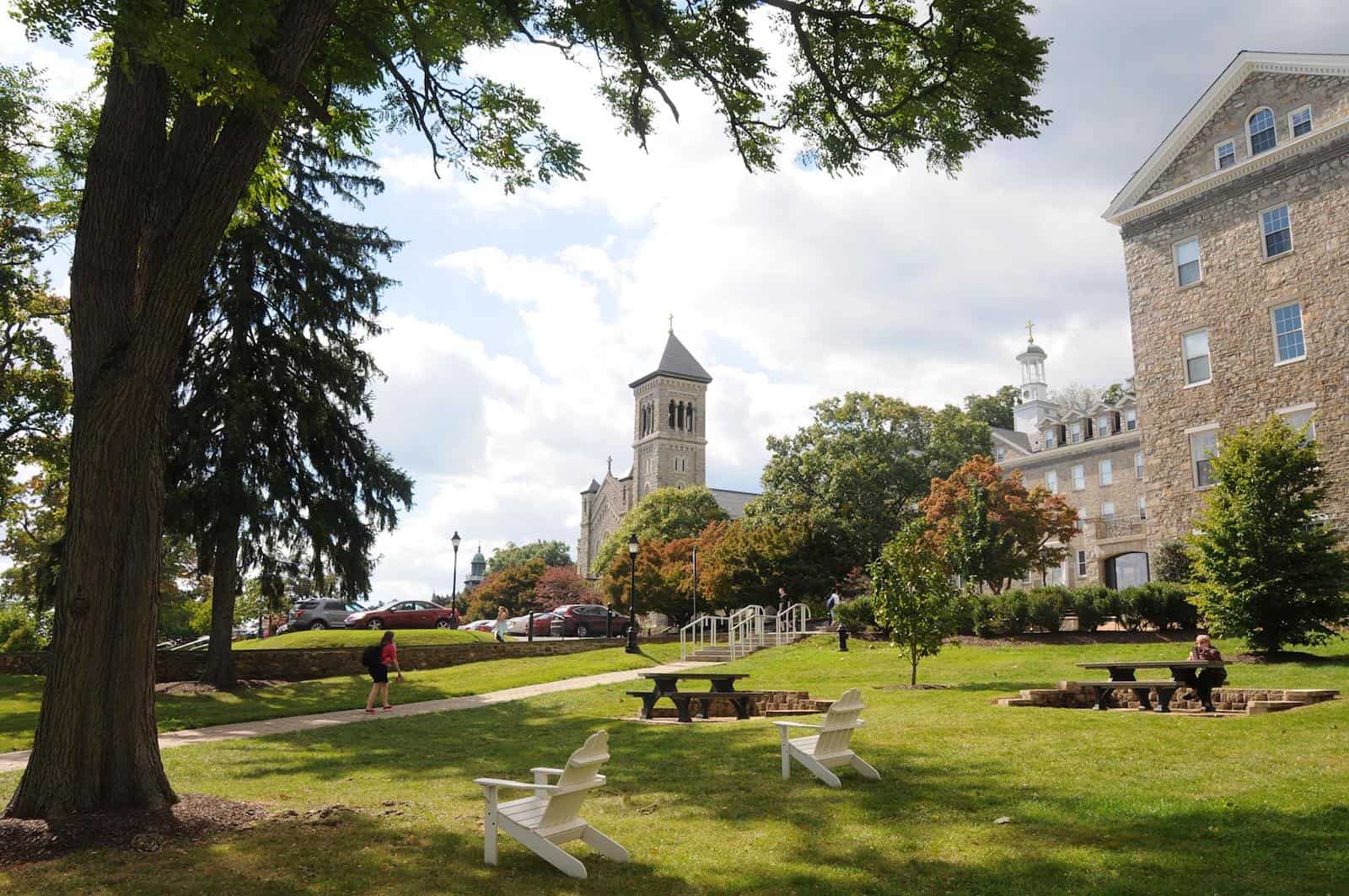