Castleton University, a small liberal arts college in western Vermont (on the NY-Vermont border), dates back to the earliest days of the United States – to the Rutland County Grammar School, founded in 1787. Unlike today’s meaning of “grammar school,” the institution prepared young men for college with instruction in the Greek and Roman classics, but by the Civil War, gradual changes in mission and population had made the Castleton Seminary (as it was then called) a female institution. It was not until after the Civil War that the state of Vermont took over the seminary to establish the State Normal School at Castleton, a 2-year teacher-training school that set the stage for Castleton’s development into a public liberal arts college. Today, Castleton University is a U.S. News & World Report top 25 regional college for the North.

As a traditional liberal arts college, Castleton University’s curriculum is rooted in the classical humanities and sciences, with more than 75 majors and pre-professional programs available, from art and economics to nursing and social work. With a student:faculty ratio of 14:1, and an average class size of 17, students come to Castleton for a high level of student support and guidance, with the ability to build strong mentoring relationships with faculty members, almost all of whom hold the highest degree in their field. Undergraduates also participate in a great many research opportunities, from the honors thesis to capstone projects.

Castleton offers 7 graduate programs as well, in both on-campus and low-residency hybrid formats; master’s degrees include Educational Leadership, Accounting, and Athletic Leadership. Castleton is also known for outreach and  community engagement, including programs like the Castleton Center for Schools, which serves teachers in the greater Southern Vermont region with professional development courses and other forms of support. The Castleton Polling Institute is another of Castleton’s programs, conducting public opinion polls for government, media, and nonprofits.

With just over 2100 students – around 1900 full-time, traditional students – Castleton has a tight, familial campus atmosphere. While more than two-thirds of the student body are from Vermont, Castleton has students from 40 different nations among its international student population; 80% of students obtain need-based or merit-based aid. Like other small liberal arts colleges, Castleton makes on-campus life busy and vibrant, with more than 40 student-led organizations and clubs such as musical groups, cultural clubs, and recreation groups.

The Castleton Spartans compete in 28 NCAA Division III varsity sports, with 9 conference titles over just the last two years. More than 600 students participate in varsity sports including football, hockey, tennis, and skiing. Castleton’s many club and intramural sports also keep student competitive and active, from cycling and equestrian to disc golf and wrestling; cross-country skiing, hockey, snowboarding, and other winter sports keep Vermonters doing what they do best. 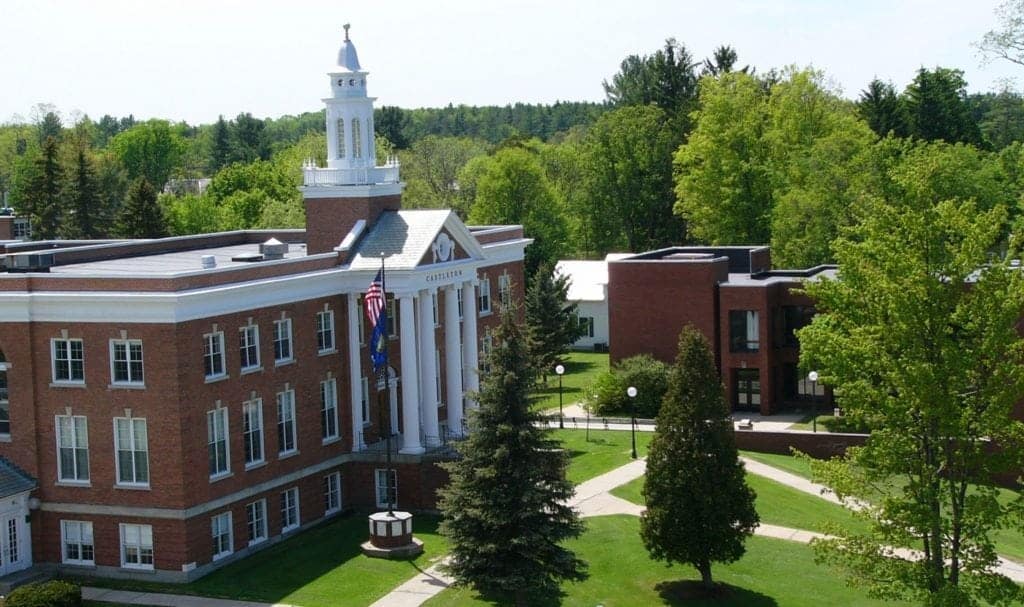