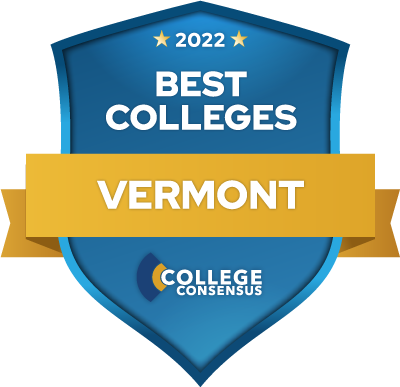 The College Consensus ranking of the Best colleges in Vermont combines the results of the most respected college ranking systems with the averaged ratings of thousands of real student reviews from around the web to create a unique college meta-ranking. This approach offers a comprehensive and holistic perspective missing from other college rankings. Visit our about page for information on which rankings and review sites were included in this year’s consensus rankings.

The Best Colleges & Universities in Vermont category is limited to schools in Vermont. Schools that did not qualify for a Consensus Score were ranked by their Student Review score.

If you’re interested in the best colleges in Vermont for distance learning, check out our ranking of the Best Online Colleges in Vermont.  You can also find out more about college financial aid with our list of the Top Vermont Scholarships.

How Colleges in Vermont Change the World

Vermont is one of the nation’s best-educated states, and a solid higher education system made up of experimenters, trailblazers, and innovators explain why. Vermont is one of the four states in the US that were once their own sovereign nations (although, for Vermont, it was pretty brief – just during the Revolutionary War), and Vermont has never forgotten its independent spirit. Educational reformer John Dewey, who pioneered concepts like elective classes and hands-on learning, was a Vermonter, and the University of Vermont was one of the first universities to institute these kinds of innovations. It’s also one of the oldest public universities in the nation (founded in 1791), a Public Ivy, and Vermont’s only land-grant research university (it’s also the alma mater of jam-rock band Phish, which tells you a lot about Vermont). While Vermont lacks the huge public university system of other states, there are four regional schools in the Vermont State Colleges that helps keep Vermont the best-educated state in the union.

As a small state, Vermont’s education system is dominated not by its major public research universities (it only has one, UVM), but by its smaller schools, most with a very low student faculty ratio. New England is known for its small liberal arts colleges, and Vermont is very much a New England state, but its heritage of liberal arts colleges is not stuffy, elite traditional schools, but institutions like Bennington College, a pioneering women’s college and private institution that produced some of the 20th centuries greatest dancers, actors, and writers, or Marlboro College, a model of student-faculty relations in which every member of the community has an equal voice. Vermont’s small colleges are happy to continue the state’s heritage as a place for iconoclasts and independent thinkers, making innovation an innate part of their curriculum and vision.

Vermont’s colleges and universities have been leaders in many other ways. Norwich University set the standard for military higher education, radically reinventing military training by fusing the sciences, liberal arts, and military strategy to produce the model of the senior military college. Middlebury College, a private institution followed in Vermont’s heritage the first state to abolish slavery as the first college in the US to graduate a black student, and continues to act as a leader in diversity, especially considering a model study-abroad program. They also have a low student faculty ratio. Vermont students can even find completely tuition-free colleges, all the better to avoid student loan debt. Whether it’s creating one of the nation’s first online degree programs like Champlain College or Vermont Technical College, or becoming one of the first fair-trade colleges in the nation, like Saint Michael’s College (another private institution), Vermont’s top colleges and universities are always ahead of the curve. Other schools in surrounding states may allow Vermont residents to attend their schools for in-state tuition purposes. Be sure to check with individual institutions.

What is the Future of Vermont’s Colleges?

It’s an entirely subjective statement, but Vermont is one of the most beautiful places in the world. The Green Mountains, which more than live up to their name, bisect the state from north to south, making Vermont one of the nation’s top destinations for skiing and other winter sports, as well as outdoor adventure sports like rock climbing and kayaking, and for camping, hiking, and mountain biking. Some of the top colleges in Vermont have incorporated Vermont’s landscape and reputation directly into their student life, earning a reputation for some of the best mountain colleges and best river and lake colleges, and attracting students who love the outdoors as much as they love learning.

Vermont’s land has influenced the top Vermont colleges in numerous other ways too; Vermont is one of the best states in the US to study subjects like environmental science, sustainability, ecology, and forestry. Sustainable agriculture is especially important – Vermont is the nation’s primary source for maple syrup, after all, and what would we do without it? Dairy, too (there’s a reason Ben & Jerry’s is headquartered in Vermont). So how does Vermont keep afloat on tourism and sweets? It’s one of the best-educated states in the US, and Vermont’s colleges and universities are up there transforming education daily.

Educational access, innovation, and outreach are the ways forward, especially in a small state that highly values higher education, like Vermont. It’s one of the few states in the US that is not actively growing, and its stability has always been one of its greatest strengths – and one of the factors that has historically made Vermont brave enough to take chances and try new things. There’s no reason to expect that to change; Vermont will continue to quietly innovate, seeking excellence in its schools and in its people, even when the rest of the world goes crazy. If you’re heading up to Vermont, they’ll warn you – don’t spoil it for the rest of them.

Locations of the most popular colleges and fine places to get a liberal arts education in Vermont: 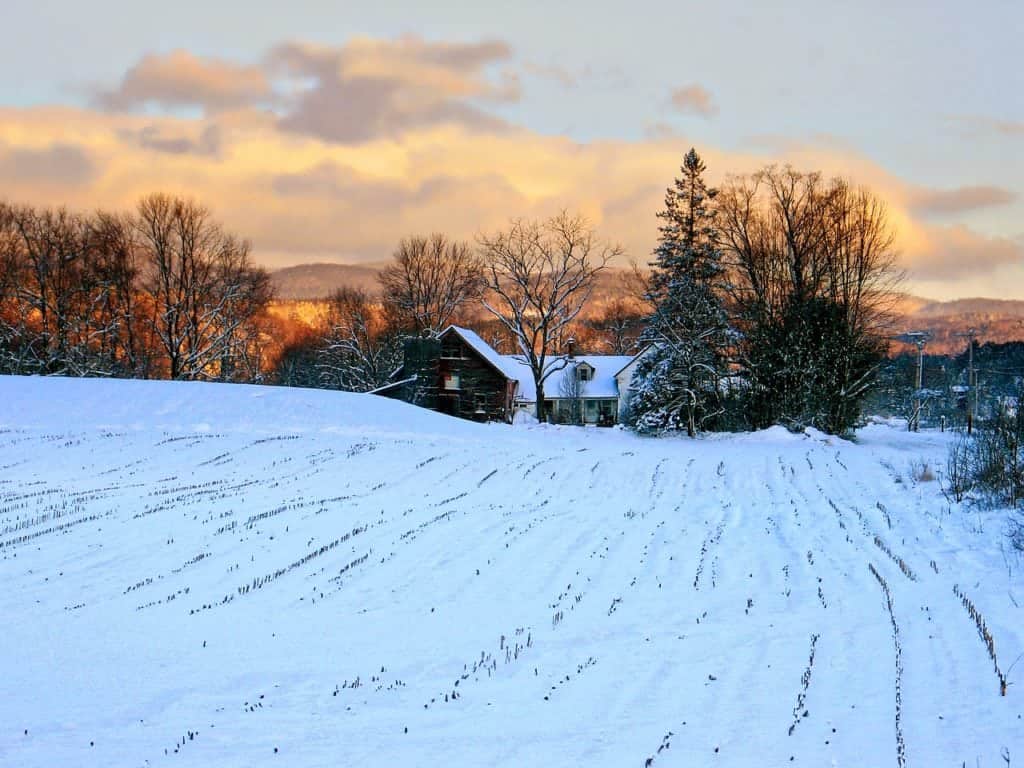