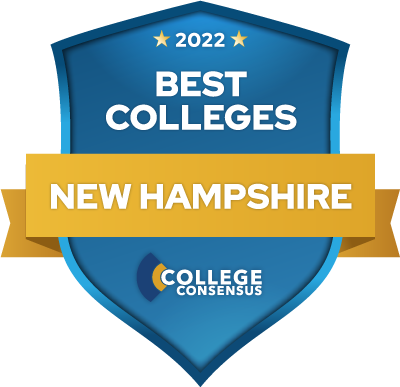 The College Consensus ranking of the Best Colleges in New Hampshire combines the results of the most respected college ranking systems with the averaged ratings of thousands of real student reviews from around the web to create a unique college meta-ranking. This approach offers a comprehensive and holistic perspective missing from other college rankings. Visit our about page for information on which rankings and review sites were included in this year’s consensus rankings.

The Best Colleges & Universities in New Hampshire category is limited to schools in New Hampshire. Schools that did not qualify for a Consensus Score were ranked by their Student Review score.

Need help paying for college? You can find out more about college financial aid with our list of the Top New Hampshire Scholarships.

New Hampshire’s educational leaders, and the only two Carnegie Classification-recognized research universities, Dartmouth College and the University of New Hampshire represent the state well on a national and international level. Dartmouth is one of the oldest and most prestigious colleges in the US, formed before the American Revolution (and one of the top tuition-free colleges for students who make the cut). Though Dartmouth retains the name “college,” it has grown into a world-class research university, and like other Ivy League universities, has made a mission of attracting a diverse student body. In recent years, Dartmouth has especially reached out to Native American students, graduating more American Indians than all of the other Ivy League universities combined.

Dartmouth, in turn gave rise to UNH, the state’s public land-grant university, which helped bring New Hampshire from a provincial farm state to a national model of industry. UNH has long been one of the most influential agricultural universities in the nation, continuing that tradition with some of the most unique and unusual degree programs in the US. New Hampshire is also well-served by its regional institutions, like Keene State and Plymouth State University, which demonstrate the opportunities afforded by public higher education – providing young people with entry into professional careers, helping working adults change careers and advance in their professions, and ensuring a well-educated, capable workforce.

Meanwhile, private institutions like Saint Anselm College and Southern New Hampshire University present extremes of possibility, from the traditional small, Catholic liberal arts college, (one ranked among the best Catholic colleges & universities in the nation) to the massive, ultra-modern online education giant. Just as New Hampshire led the way in the American Revolution, New Hampshire’s colleges and universities are making innovation and outreach their mission. On every side, the best colleges in New Hampshire make the state what it is today, a proud, hard-working model of civility and American ideals.

New Hampshire isn’t the kind of state to toot its own horn, so let College Consensus do it. The Granite State is every bit as brave as it is small (and New Hampshire is really small, so that’s a lot of bravery). The first British colony to declare independence, New Hampshire has been leading by example ever since, making the motto “Live Free or Die” a call for everyone from the Founding Fathers to Bruce Willis (sorry, New Hampshire, you deserved a better Die Hard). A state built on granite – literally – New Hampshire isn’t just one of the best destinations for mountain-lovers and outdoor adventurers – although it’s definitely that. It’s also a place for learning, research, and culture, supported by some of the best colleges in New England.

The US looks to New Hampshire once every few years – for the New Hampshire presidential primaries, the first of the election season, which usually signals the candidates to watch and can often make or break a presidential campaign (in fact, half of all primary coverage goes to New Hampshire and the Iowa Caucus, the two first election events). But while we’re not watching New Hampshire the rest of the year, they’re testing out ideas and possibilities that will go out and transform the rest of the nation. New Hampshire has long been a political petri dish, but it’s also proving to be an important proving ground for educational innovation and reform as well (such as distance education). Keep an eye on New Hampshire; what they’re doing today, everyone will be doing tomorrow. 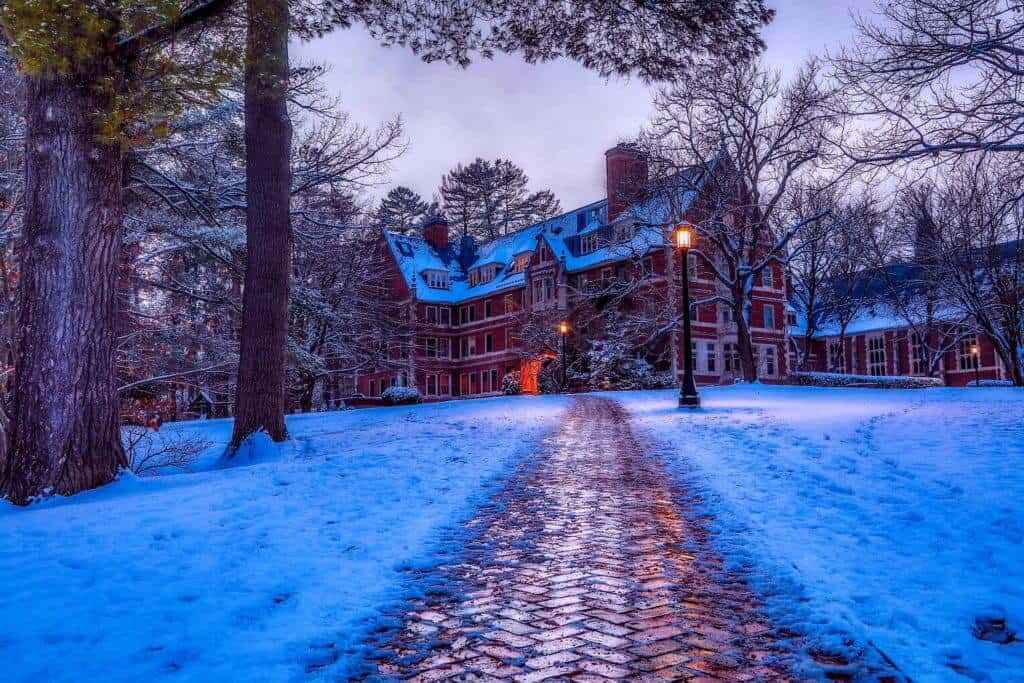