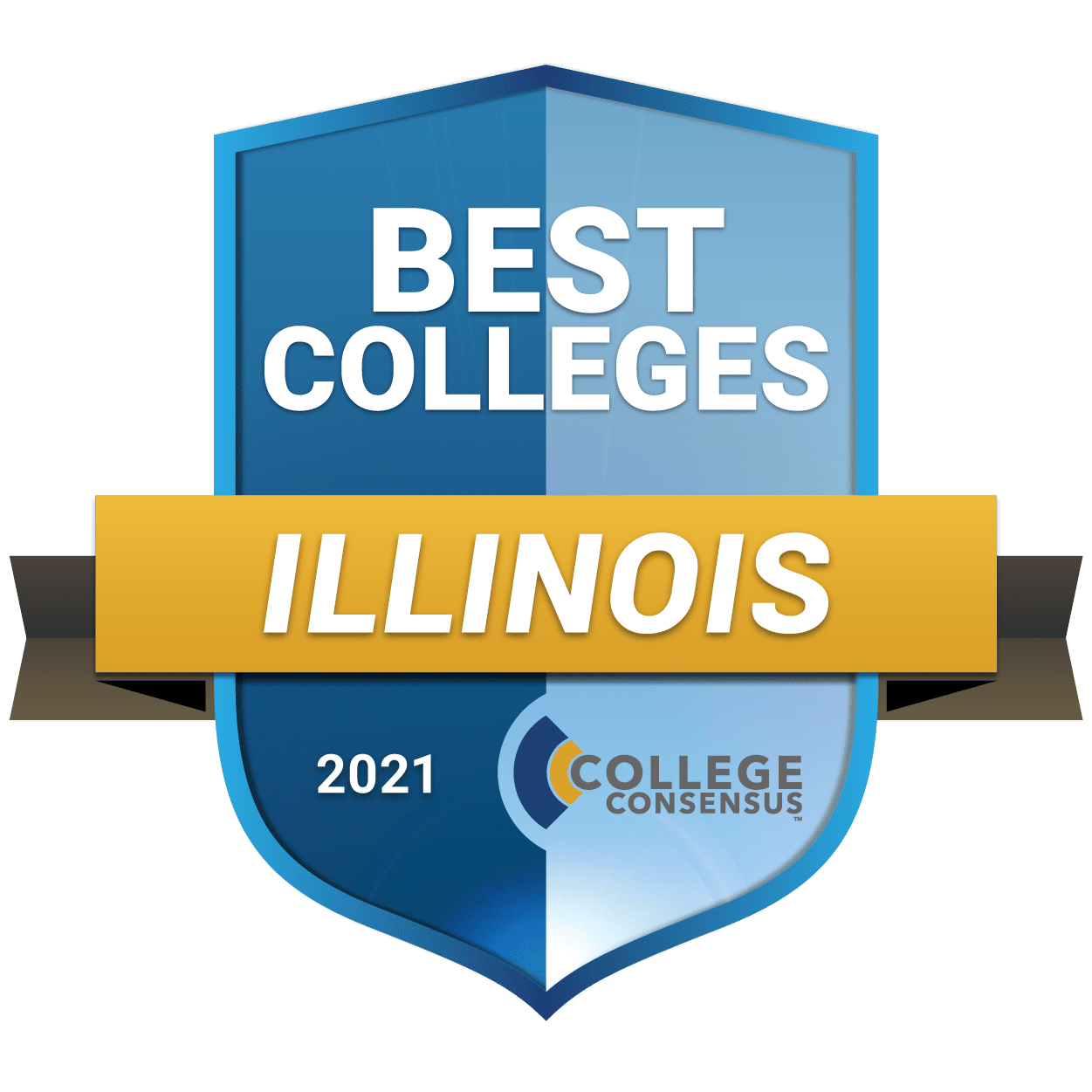 To identify the Best Colleges in Illinois for 2021 we averaged the latest results from the most respected college ranking systems with thousands of real student review scores from around the web to produce a unique College Consensus rating for each school. You won’t find a more comprehensive ranking of the top colleges and universities in Illinois anywhere. Read more about our rankings methodology and sources at our about page.

If you’re interested in online schools, check out our ranking of the Best online Colleges in Illinois. You can also find out more about college financial aid with our list of the Top 5 Illinois Scholarships. 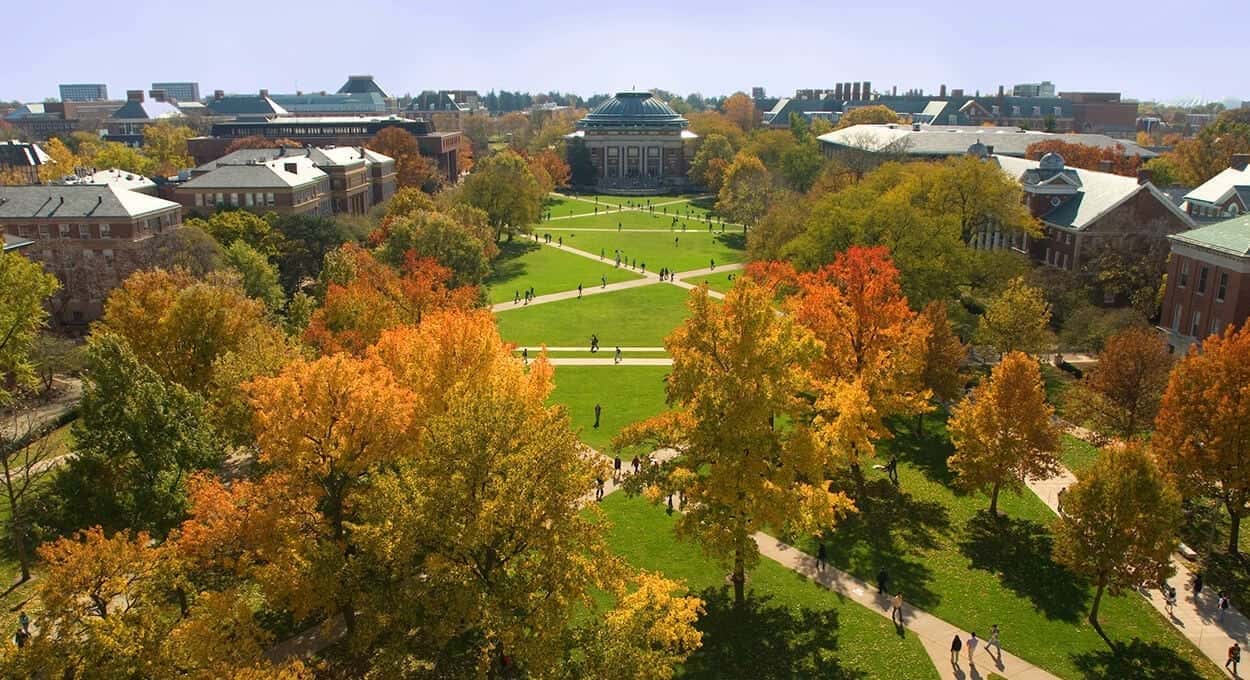 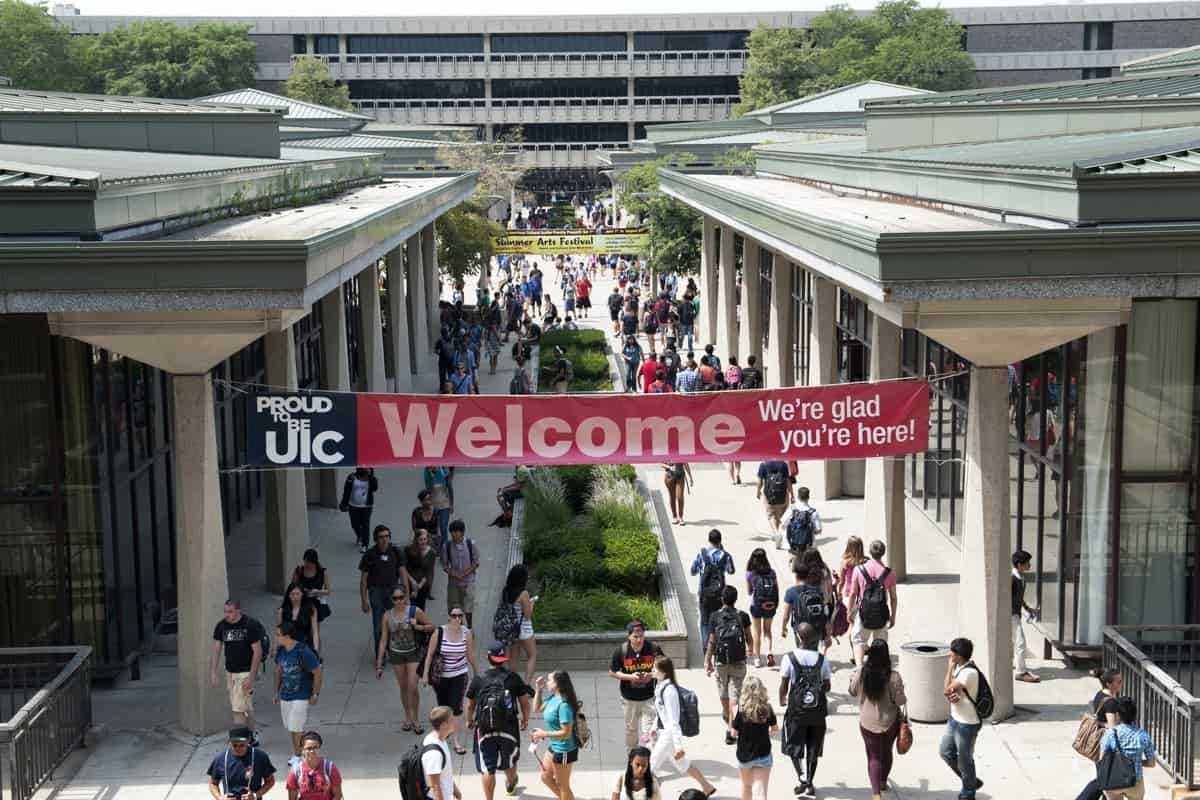 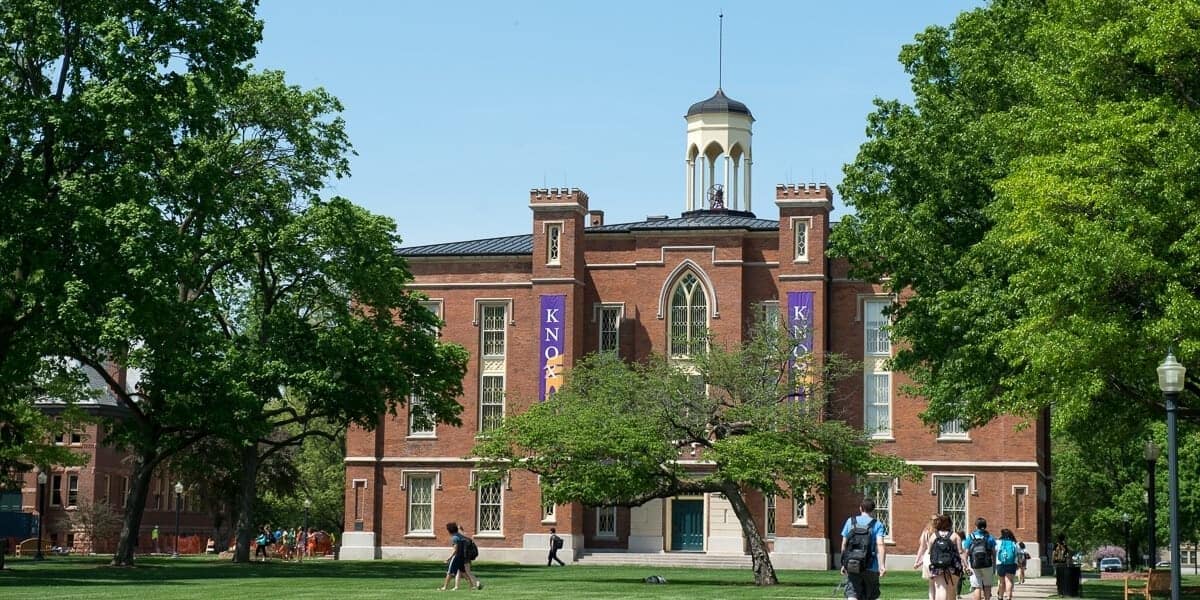 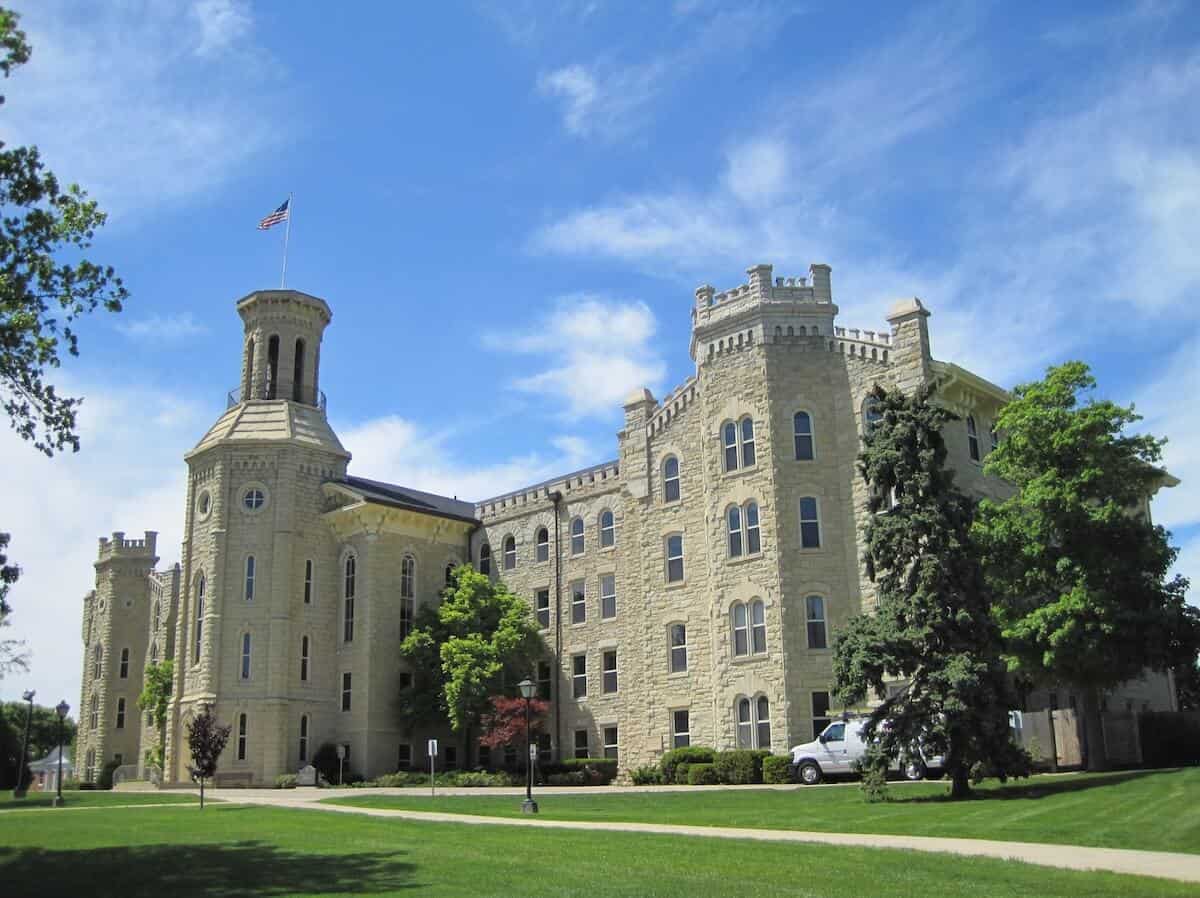 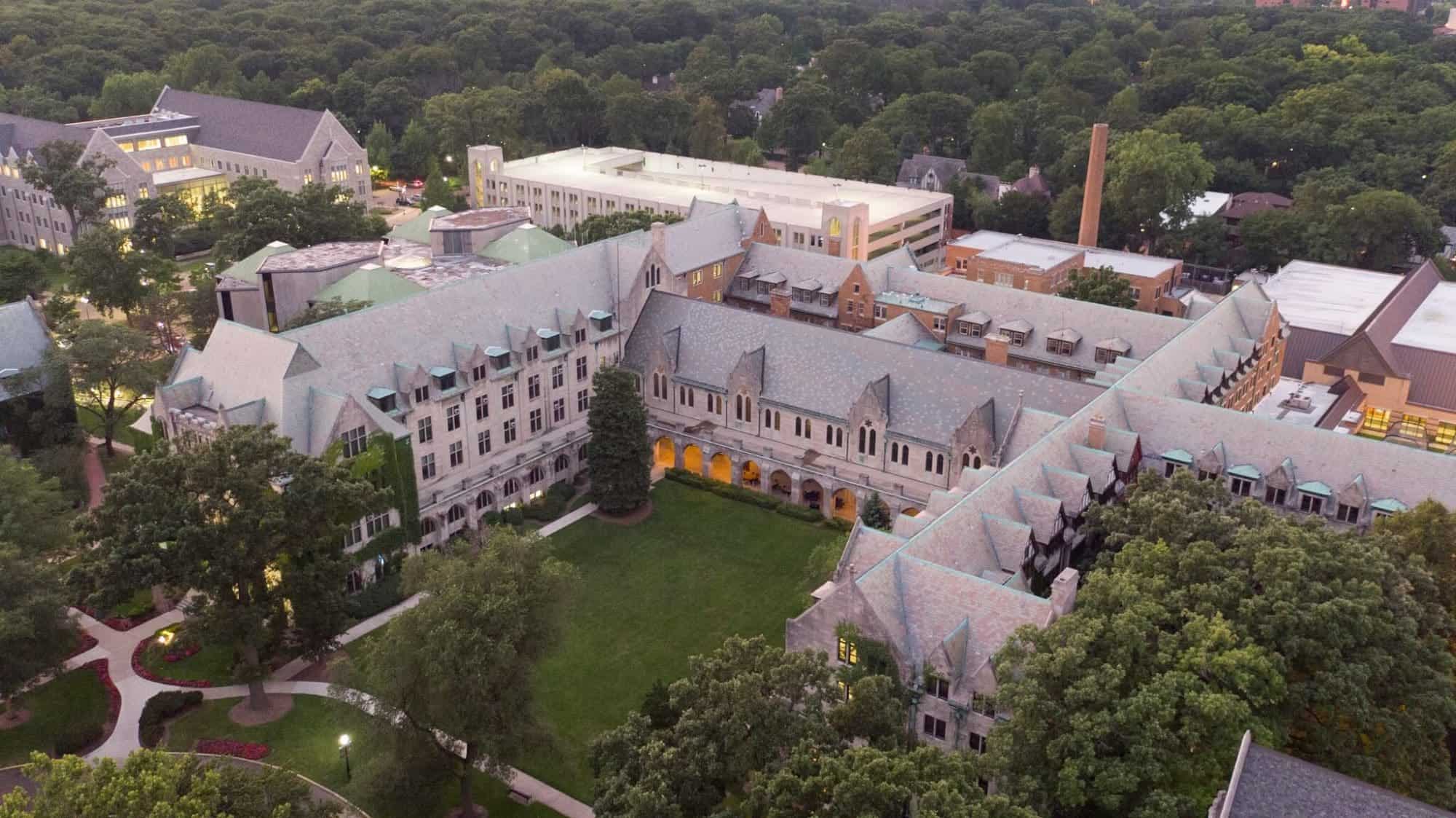 The state of Illinois illustrates the concept of the American melting pot, forged over the last 200 years into a diverse, culturally complex vision of the past and future – European-American, African-American, Asian-American, Native American, Hispanic-American, all drawn to the opportunity the Great Plains and Great Lakes afforded. Illinois is urban and rural, from the mega-metropolis of Chicago (the third-largest economy in the US), to Southern Illinois’ vast forests and natural resources; from the small industrial cities that made Illinois a center of manufacturing, to the farms and ranches that made it prime Corn Belt and cattle country.

The best colleges and universities in Illinois follow the same pattern, bringing together people from across Illinois, the US, and the world to earn their credentials, expand their minds, and build a society for the future. With some of the world’s foremost programs in medicine, business, technology, agriculture, and engineering, Illinois’ best colleges and universities are actively driving the future forward, preparing a professional workforce that can compete in today’s job market and create tomorrow’s.

The Best Colleges in Illinois – Transforming the Prairie State

For prospective Illinois college students, there is a wealth of opportunity, and the support they need – whether traditional-aged young people, or working adults and career-changing professionals – to make their own mark on Illinois history. From the major public research institutions, the University of Illinois at Urbana-Champaign and UI Chicago, innovative schools at the forefront of social science, computing, and engineering, to the majestic University of Chicago and Northwestern University, two of the world’s most elite and influential private research institutions, Illinois has every level of higher education covered in kind (and some of the best campus rec centers in the nation). They are not only some of the highest-performing centers for research, and models of academic excellence and accomplishment; these top-tier universities are also deeply connected throughout Illinois and the US, providing graduates entry into their careers. Together, these institutions have graduated many of the state’s leaders, from government and business to the arts and science.

Illinois’ many regional public universities do a lot of the heavy lifting, training a professional and technical workforce for all of Illinois’ sectors. From Chicago to southern Illinois, the state colleges and universities make sure that there are managers, nurses, teachers, and leaders throughout the state who can continue Illinois’ history of development. Illinois has eleven colleges recognized by the Carnegie Foundation’s Community Engagement Classification, noted for their commitment to improving the community and providing educational outreach. To make an even greater impact on the lives of Illinois’ working adults and career-changers, the best colleges in Illinois have made a real investment in online education, especially in areas like nursing and management, where many programs have national ranking.

With a large Catholic population, Illinois is also home to some of the top Catholic liberal arts colleges in the US; Loyola University Chicago, the University of St. Francis, Dominican University, and Lewis University are just a few of them. Besides the many Catholic institutions, Illinois has a wealth of Christian and secular liberal arts colleges, all marked by a dedication to student success, personal development, and service. In fact, Blackburn College – one of just a handful of federally-recognized work colleges – allows students from Illinois to attend college for free, in exchange for working an on-campus job. Student life is also a priority in Illinois’ schools, including some of the best college dining halls and best college dorms in the country. That kind of focus on the needs of Illinois’ people is just part of what has made Illinois one of the top states for higher education.

So what does the future look like for the best colleges in Illinois? Surprisingly, Illinois is one of the few highly-populated states in the US that has actually declined in population (from 5th largest to 6th), but that hasn’t put a damper on higher education. Illinois’ top colleges are still growing and developing, earning their reputations as national and international leaders. A diverse population, including a high proportion of students of color, is driven by demographic changes in the state; in fact, the number of minority students in Illinois public schools is expected to surpass Caucasian students very soon. Preparing young people for college, and finding better methods of helping students pay for college, are going to be among Illinois’ most important responsibilities in the years to come. But the state that has historically had a home for all is up to the task.