Our list of Top Successful Business Women includes women who all work for companies within the top 150 of the Fortune 500 list. Their businesses’ annual revenues range from $21 million all the way up to more than $137 million. These powerhouse females employ and manage hundreds of thousands of employees combined. Each has their own unique story and area of expertise, and we hope that you enjoy getting to know a bit more about these successful businesswomen.

Mary Barra is making history as the first female CEO of a major automaker in the United States. She was elected as CEO of GM in January 2014 and as Chairman of the Board of Directors in January 2016. Before moving into the role of CEO, Barra served as Senior Vice President, Global Product Development and then became executive vice president, Global Product Development, Purchasing and Supply Chain in August 2013.

Her impressive career with GM began in 1980 as a Kettering University Co-Op student in the Pontiac Motor Division through the General Motors Institute. She completed her Bachelor’s of Science in Electrical Engineering in 1985 and moved on to an MBA from the Stanford Graduate School of Business in 1990. Barra lives in a suburb of Detroit and also has an apartment in downtown Detroit. She is married and has two children. She grew up in Waterford, Michigan, while her Finnish father worked for 39 years at the Pontiac car factory in Detroit.

Gail Koziara Boudreaux was born in 1960. She graduated from Dartmouth College in 1982 with a variety of school records and awards for her exceptional academics and athletic talents. She also earned her MBA with distinction from Columbia Business School.

Boudreaux worked for AETNA for 20 years, then transitioned to the role of President of Blue Cross/Build Shield of Illinois. She also became the Executive Vice President for External Operations Health Care Service Corporation, which includes Blue Cross/Blue Shield of Illinois. In May 2008, she became the Executive Vice President for UnitedHealth care at UnitedHealth Group. Eventually, she moved to CEO within the company, where she managed more than $120 Billion in revenues, more than 60,000 employees, and 45 million customers. Gail has been featured in Forbes as one of the 100 Most Powerful Women in the World, by Modern Healthcare as one of the 100 Most Influential People in Healthcare, and among Fortune Magazine’s Most Powerful Women in Business.

Carol started her career with a position as a commercial lender with United Bank of Denver. She then spent multiple years as Director of Banking for Johns-Mansville Corporation before joining Home Depot. While at Home Depot, she served as the Chief Financial Officer and Executive Vice President of The Home Depot Inc. before moving to her current position as CEO of United Parcel Service. Carole has been chosen twice for the Forbes list of 100 Most Powerful Women. In 2012 she was second on The Wall Street Journal’s list of Best Chief Financial Officers. Her company is currently listed at #43 on the Fortune 500 list.

Corie Barry is a Minnesota native who earned her Bachelor’s degree in Accounting and Management from the College of St. Benedict. She now serves within their board of trustees. Barry began her career as an auditor at Deloitte & Touche. Then she started her career at Best Buy in 1999 and has since held many positions within the company from field to the corporate offices. In 2016 she became CFO and took the position of CEO in June 2019.

Best Buy is a leader among those providing consumer technology products and services. They employ over 125,000 in North America and have an annual revenue of nearly $44 billion. Best Buy’s headquarters are in Richfield, Minnesota. Over the years, Best Buy has been recognized as Company of the Year by Forbes Magazine, Most Sustainable Company in the U.S. by Barron’s, and made one of Fortune Magazine’s Most Admired Companies list.

Safra Catz is the current CEO of Oracle Corporation, the world’s largest database management company. Catz has been an executive for Oracle since 1999. In April 2011, she earned the position of Chief Financial Officer and Co-President, and in 2014 she and Mark Hurd were named joint Chief Executive Officers. Fortune listed her as the 12th Most Powerful Woman in Business in 2009. That same year she was also ranked by Forbes as the 16th Most Powerful Businesswoman.

According to an analysis published by Fortune in 2011, she was the highest-paid woman among Fortune 1000 companies. Oracle is currently #82 on the Fortune 500. Their annual revenue is nearly $40 million, and they employ more than 135,000 each year. Safra was born in Holon, Israel, in 1961. Her family moved to Brookline, Massachusetts, when she was six years old. She graduated from her local high school and then went on to earn a bachelor’s degree from the University of Pennsylvania’s Wharton School and a JD from U Penn’s Law School.

Phebe Novakovic completed her undergraduate degree from Smith College in Northampton, Massachusetts, in 1979. She went on to complete her Master’s of Business Administration from the Wharton School at the University of Pennsylvania in 1988. Phebe worked for the Central Intelligence Agency, and from 1997 to 2001, she was a part of the United States Department of Defense.

In 2001 she began working for General Dynamics and moved to the position of President and COO in 2012. She has served as CEO and Chairman of the Board since January 2013. Novakovic has risen on the list of Forbes Most Powerful women from 65th in 2014, 56th in 2015, to 25th in 2018. At this time, her estimated net worth is around $157 million. General Dynamics is 83rd on the Forbes 500 and brings in over $39 million in revenue each year. They employ over 100,000 individuals and, as of 2019, were the fifth-largest defense contractor in the United States.

Tricia Griffith is the current CEO and President of Progressive insurance company. She earned her bachelor’s degree from Illinois State University. Her master’s was in advanced management through the Wharton School of Business at the University of Pennsylvania.

Griffith started her career in 1988 as a claims representative in Indianapolis for Progressive. After working her way up through several managerial roles, she became Chief Human Resources Officer in 2002, as well as group president in 2008. As the CHRO, Tricia created and launched the company’s first-ever diversity and inclusion programs in 2007. She was later named Chief Operating Officer and President of Customer Operations for Progressive’s personal lines branch. And in 2016, Griffith earned the position of CEO of the company. She was the first female in the company’s history to hold this prestigious position. Tricia has received many recognitions, including being a part of Forbes Most Powerful Women in Business List and being Fortune’s first female Businessperson of the Year.

Kathy Warden completed her undergraduate education in 1992 at James Madison University. She earned her Master’s of Business Administration from George Washington University in 1999. Warden worked for General Electric for close to a decade and held executive positions at Veridian Corporation and General Dynamics. She joined Northrop Grumman as Vice President and General Manager in 2008.

In 2015 while she was President of Northrop Grumman Information Systems, Warden was included in Federal Computer Week’s Federal 100 list due to her increasing the Northrop Grumman’s participation in the CyberPartion programs and the development of the Advanced Cyber Technology Center. She also oversaw $1.5 billion in contracts in 2014 alone. In January 2016, she started her position as the President of the Mission Systems sector, a collaboration of the company’s Information Systems and Electronics Systems sectors. Warden became COO of Northrop Grumman in 2017 and moved to CEO in January 2019.

Lynn Good is the CEO of Duke Energy. Duke Energy stands as one of the largest energy holding companies in the nation. They meet the electric needs of more than 7.7 million customers in both the midwest and the southeast. Duke Energy also delivers gas services to approximately 1.6 million customers in Ohio, Kentucky, Tennessee, and the Carolinas. Duke Energy is also a Fortune 150 company on the New York Stock Exchange and is currently listed at 123 on the Fortune 500 list.

Lynn Good was born in Ohio and completed her bachelor’s degree from Miami University, where she earned a Bachelor’s of Science in Systems Analysis and Accounting. Good started her career as an auditor for the Cincinnati branch of Arthur Anderson & Co. She was noted as an important figure in breaking the roles of females in the auditing industry. In 2005, she moved to the position of Executive Vice President and CFO of Cinergy, which later merged into Duke Energy.

In 2006 Vicki Hollub became the Chief Executive Officer of Occidental Petroleum and the first female to head a major American oil company. She attended the University of Alabama, where she earned a Bachelor’s of Science degree in Mineral Engineering with a focus in Fuels and Mineral Resources. She was also a part of the Distinguished Engineering Fellows program at UA in 2016.

Hollub started her career with Cities Service working on oil rigs in Mississippi. She then went on to hold technical and supervisory positions for Occidental while traveling to Russia, Venezuela, Ecuador, and around the United States. From 2012 to 2013, Vicki was the Executive Vice President of Occidental’s operations in California. She also led as Vice President and Executive Vice President of U.S. Operations for Oxy Oil and Gas. Occidental Petroleum is currently listed at #148 on the Fortune 500. They employ close to 14,500 and have annual revenue of nearly $22 million.

It is so inspiring to learn about women who have risen to the top of prominent fields. Many of the women on our Top Successful Business Women list hold positions that had never been held by females before. If you have similar aspirations, you may be wondering where to start on your own journey to success. Nearly all of those mentioned earned their undergraduate degree, and then over half went on to earn their MBA. We found that, on average, women earn 82 cents per dollar compared to men, but when women complete their MBA, there is an average of 63% increase in their salaries. Because of this, our first recommendation is to check out our Best Business Schools for Women list and consider pursuing a business degree.

Business degrees are adaptable, flexible, and widely available. For this reason, it is critical to make sure that the programs that you pursue are vetted and accredited. Our ranked business schools are accredited and were evaluated on their overall prestige, services and support for female students, and the number of female faculty members. All of these schools offer undergraduate degrees, and many include graduate and doctoral programs as well.

Overall, we hope that this list of inspirational women will encourage you to reach for your professional goals. Remember, we have many other resources to help you accomplish these tasks! 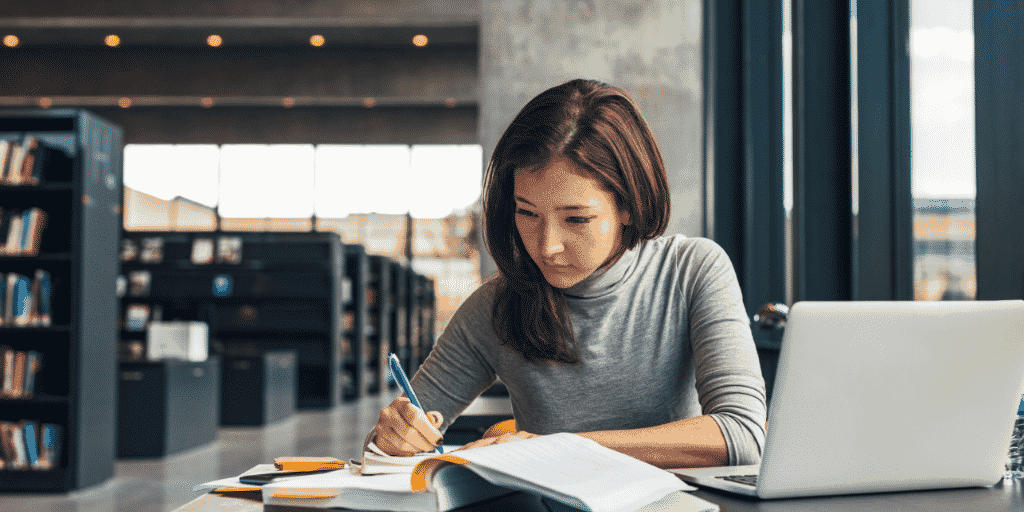